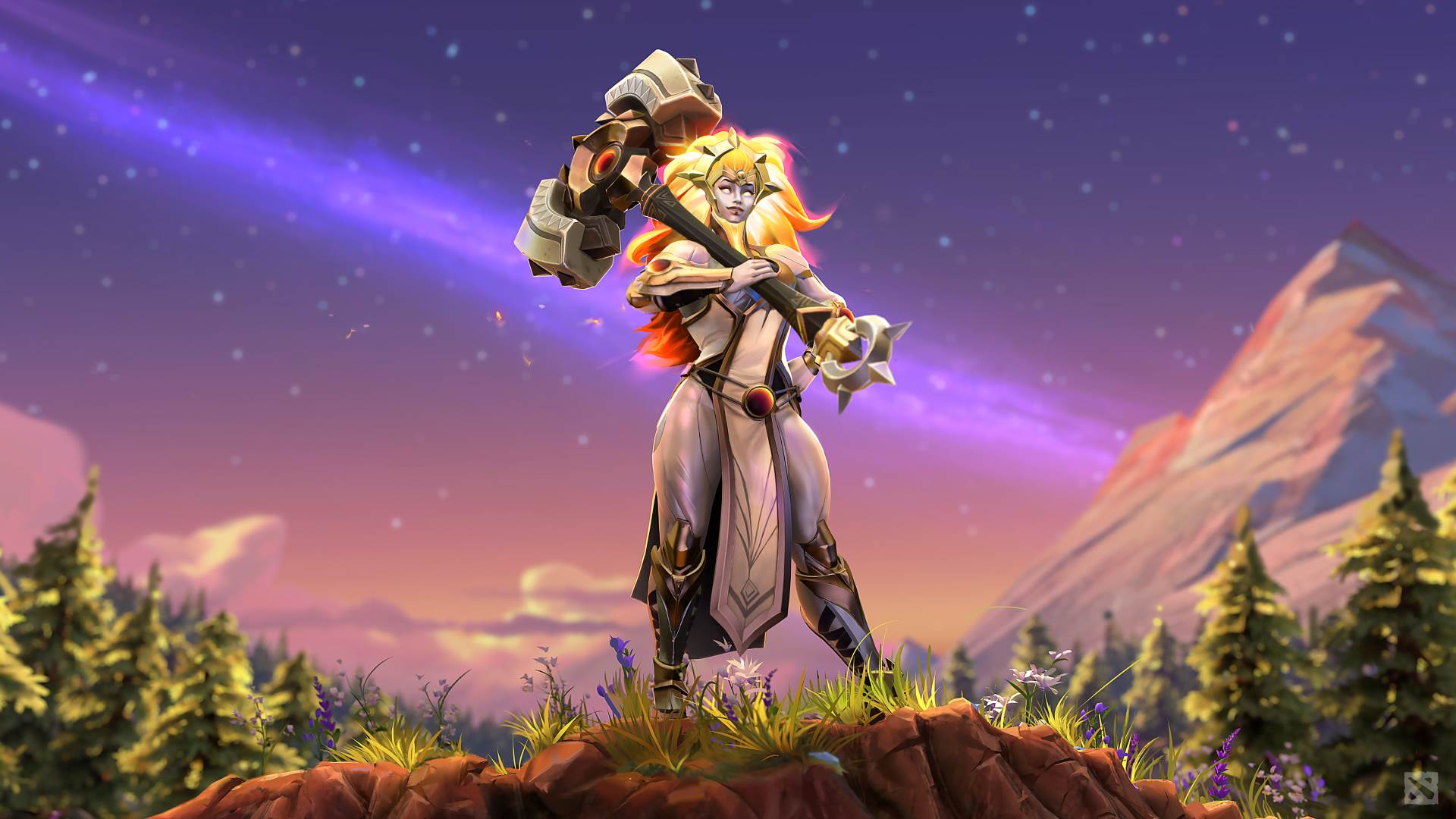 Winter’s over and the dawn is here. There’s a new Dota 2 patch today, which means a lot of balance changes to the map, item shops, individual heroes, and more, but also a new hero: Valora, the Dawnbreaker.

Dawnbreaker is the herald of the light, traveling across the universe to fight the shadows. She’s all about light, illumination, and healing, while also swinging a giant hammer.

The dark days of winter are finally behind us as today’s update heralds the break of radiant dawn. Introducing an all-new cosmic hero, Dawnbreaker, and the 7.29 Gameplay Update.https://t.co/BSMzhoXu0i pic.twitter.com/YVKEoQOrPq

Her abilities include swinging her weapon around and hammering it down on foes’ heads to stun them; chucking the hammer and recalling it like Thor with Mjolnir; healing on successive attacks; and literally leaping across the map to her allies’ aid, healing them and harming foes. She’s described as a durable melee carry, with life-giving Strength as her main attribute.

Elsewhere in patch 7.29, the map has been reworked to move the spots of several ward locations and the outposts, as well as the foliage surrounding towers and reducing the number of Bounty Rune spawns to two every three minutes.

Dota 2 players know that numbered patches like 7.29 can get pretty lengthy, so I won’t list every change here, but there are a few that caught my eye right away:

There’s also reworked Aghanim’s upgrades—including new ones for Hoodwink—and a boatload of numbers adjustments. It will take days to sort through how all this meshes together, but that’s part of the fun of Dota 2. With a new patch and some added help for newcomers, it’ll be fun to see if a bunch of folks start hopping back on this weekend. I know I’d like to give that big hammer a try.