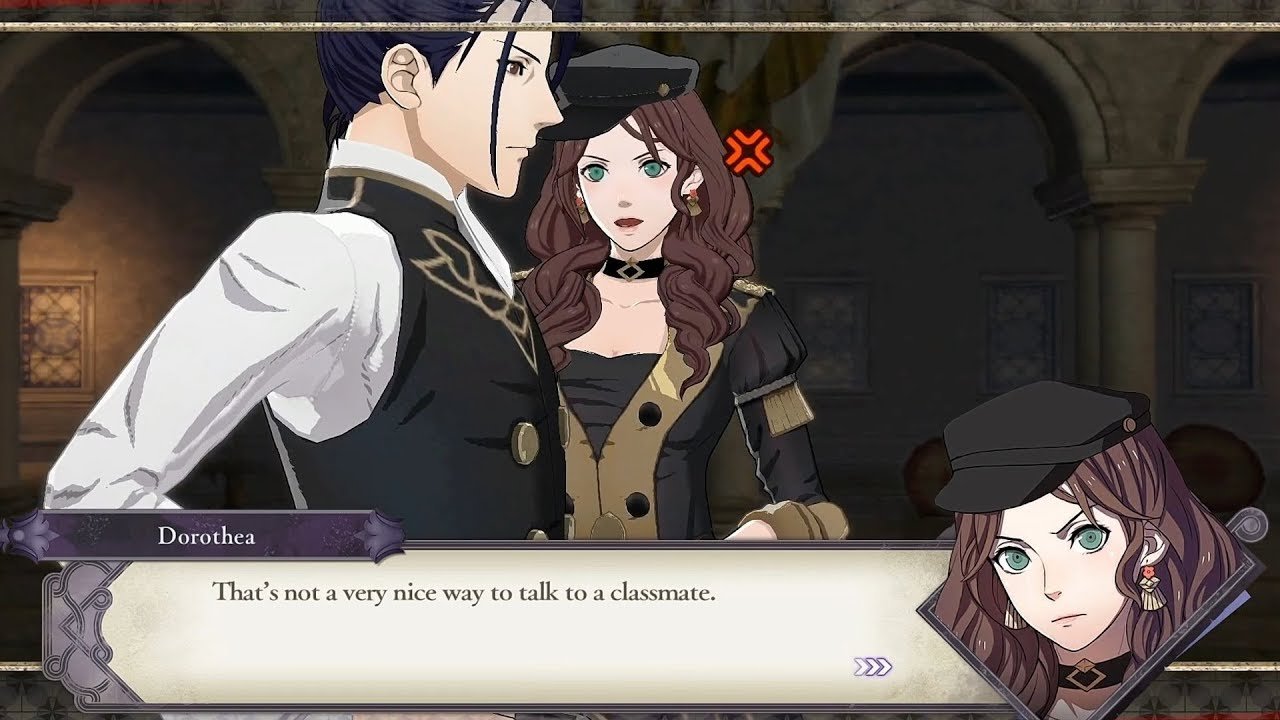 In case you haven’t been following along, Fire Emblem: Three Houses has, well, three houses to choose from, which drastically alter the course of the plot. But it’s not just the narrative that’s altered, as the choice severely impacts which characters you can use on a daily basis: and the Black Eagles are the clear-cut fan favorite, even winning our fan poll by a significant margin.

Naturally the chief Black Eagle member and house leader Edelgard is going to be a popular choice, as evidenced by in-game “popularity” loading screens that gather info from players to showcase which party members are the most frequently used. Even during my review period for the game Edelgard crushed the charts, but the tide is finally turning: Black Eagle member and innate wizard Dorothea is now on top. Dorothea not only crushes the charts as the “most deployed” (a chart that Black Eagles has the top six spots for), but also “most activity prone.” She’s also second in “most-gifted,” and third in “tea party participants.”

Having played through the game multiple times, I gravitated toward most of the Black Eagles cast and found Dorothea to be one of my favorite party members. It was always a joy to speak to her even if it was just small talk, and she ended up becoming one of the more key members of my team. A spot well earned, but you could say that about most of the characters of Three Houses.