[Update: Success! The designer of the fuel cell got in touch with me and I was able to get the unit working. Images are in the gallery below: it alternates between red and blue lighting, triggered by a motion sensor.]

Well, one in 77. But it kind of rules when you hit the jackpot, right? 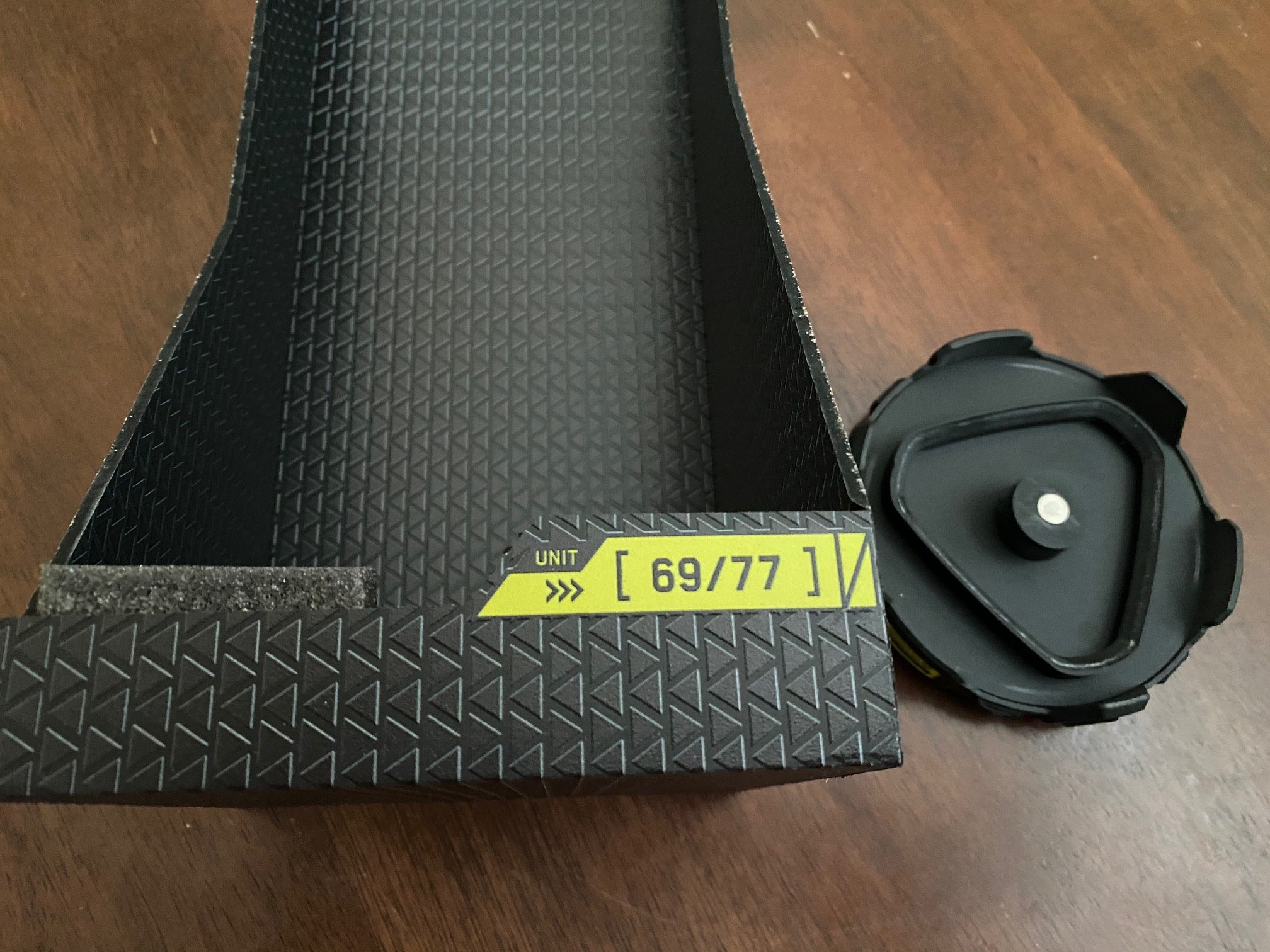 In an extremely “what even is this post? sort of fashion, I’m reporting on one of the weirdest items I’ve gotten over the years: a Cyberpunk 2077 fuel cell from Doritos. The gaming pope would be proud. Praise be.

Today the innocuous-looking box came in the mail, and it’s literally a fuel cell statue with a pack of Doritos in it. The Doritos company (which is hopefully still ran by Mr. Dorito – he demands a tight ship!) assures us that it is a limited edition item, and that “only 77 in the world have ever been printed.” Whoa.

Here’s what the actual Doritos look like. And here’s the bad news: it doesn’t turn on because my power switch is possibly busted, so it’ll have to make due as a statue somewhere, probably next to my Borderlands loot crate [Fixed!].

The numerical victory is too much. It’s too Destructoid to not share.