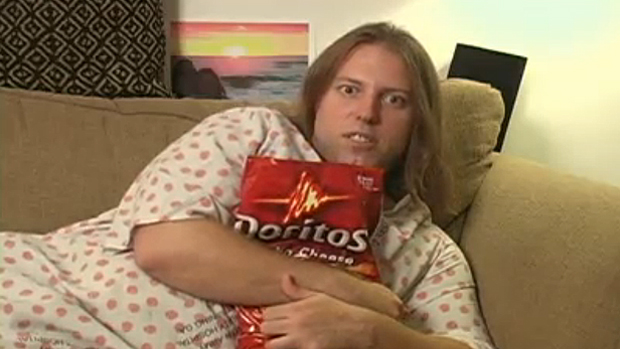 This is the moment we’ve been waiting for

Minecraft. Call of Duty. Doritos Crash Course. These are the games that have defined our console generation and, at long last, we will reenter the magnificent world of Doritos-flavored platforming with Doritos Crash Course 2, coming to Xbox Live Arcade this Wednesday for the Cool Ranch price of free.

Did a gust of delicious nacho cheese flavor crystals knock you on your butt? Well, you’re not alone, friend. I am sad to state that a new developer, BHVR, is at the helm. The studio previously did such stink bombs as Naughty Bear: Panic in Paradise and the similar in everything but quality Wipeout games.

Once again, players will enter obstacle courses that resemble TV’s Wipeout series. Players control an avatar as they jump, slide and run through four worlds of non-deadly but oh-so-annoying traps. Most importantly, the game will once again support four players for multiplayer mayhem both online and offline.