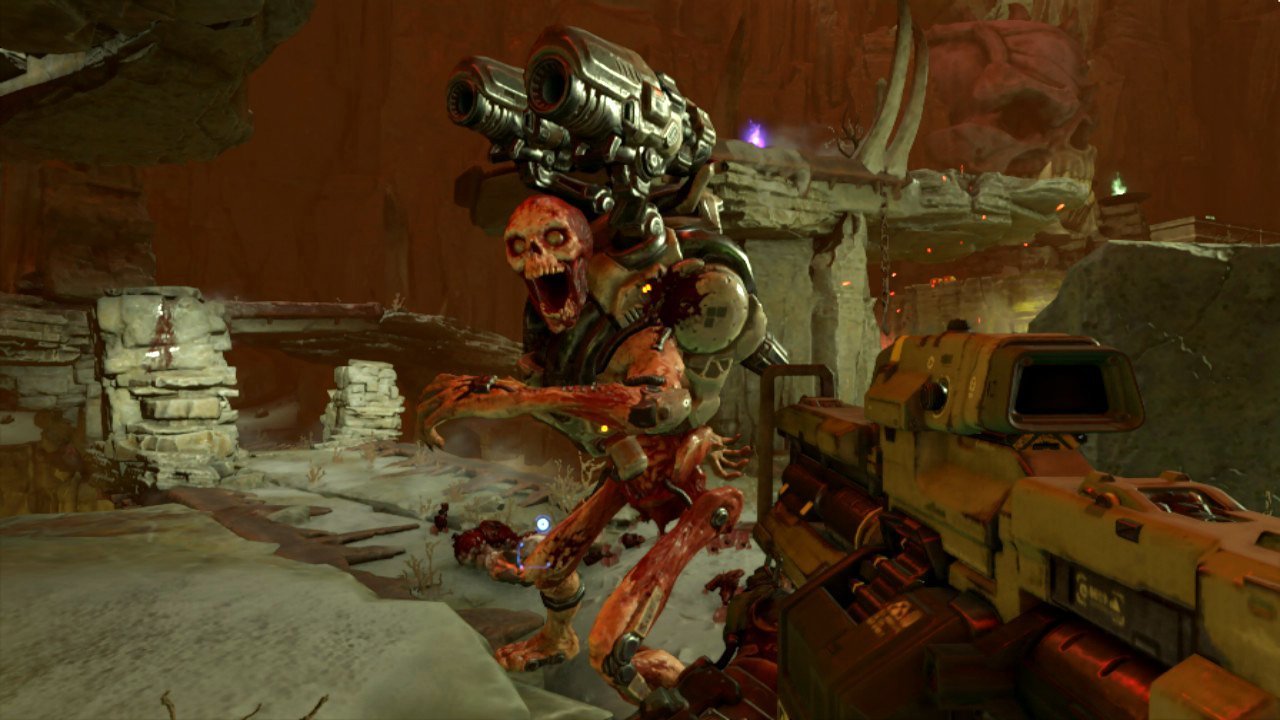 Distilling Doom down to the Switch was a small miracle. Yes I played it and encountered the visual smear and some audio issues, but they were worth working through to be able to easily play it on the go. I immediately plopped down for another playthrough and didn’t regret it one bit.

That was back in November of 2017. Panic Button seemingly isn’t done with it just yet, as they announced on Twitter that they have just updated the Switch edition of Doom with a performance update, as well as the ability to add recent players to your friends list and video capture. Video capture is kind of the holy grail for Switch developers, only added after everything else is fully optimized and in at least one case, even taken out to enhance performance.

Panic Button is on a roll with Switch ports and if they keep getting contracts like this they’ll probably have to expand. You know that the client and users are happy about getting big patches a year after release.