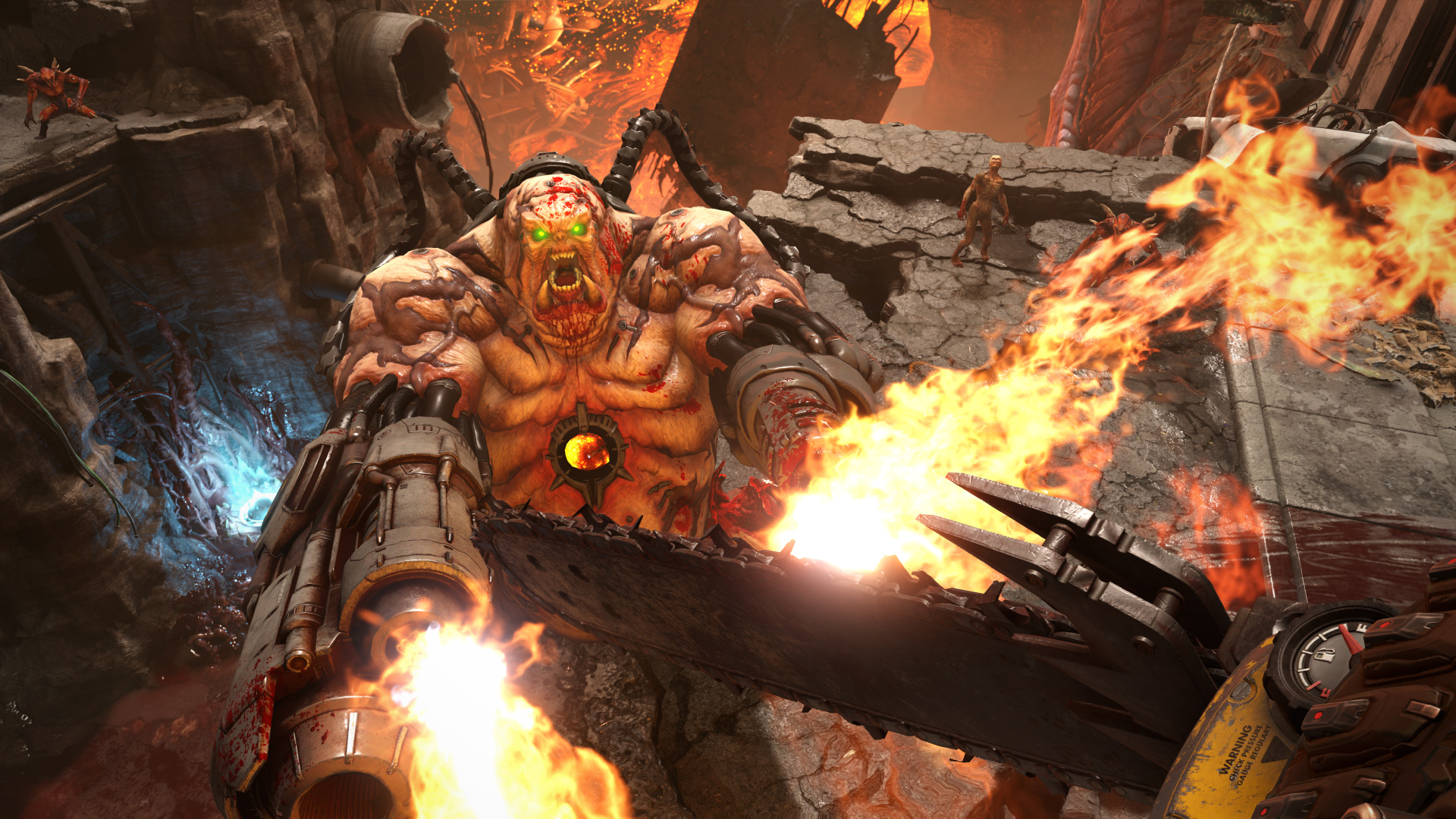 In case you missed it, Bethesda and id Software showed off the debut footage of Doom Eternal on stage during QuakeCon 2018’s keynote. It was a massive presentation that lasted nearly half an hour — and given that it was in the middle of the work day and was broadcasted on Twitch, it makes perfect sense that some of you might be in the dark. But lo and behold one week later, Bethesda’s YouTube channel has an easily digestible video for you that you can view below.

To recap, Doom Eternal is retaining mostly the same production team and following closely in the footsteps of Doom 2016. Developer id Software is keen to dive further into the Doom mythology beyond what they already built, showcasing new locations other than Mars and Hell (which are yet to be named) and a mysterious relationship between the “Slayer” protagonist (Doom Guy) and at least one new enemy.

Our hero will also sport some new tricks like a grappling hook and more melee capabilities, as well as new weaponry to battle a bunch of additional foes. Foes, mind, that also include a multiplayer “Invasion” style mechanic that can be toggled off.

Doom Eternal currently has no launch date, but we do have confirmed platforms: PC, PS4, Xbox One, and Switch.