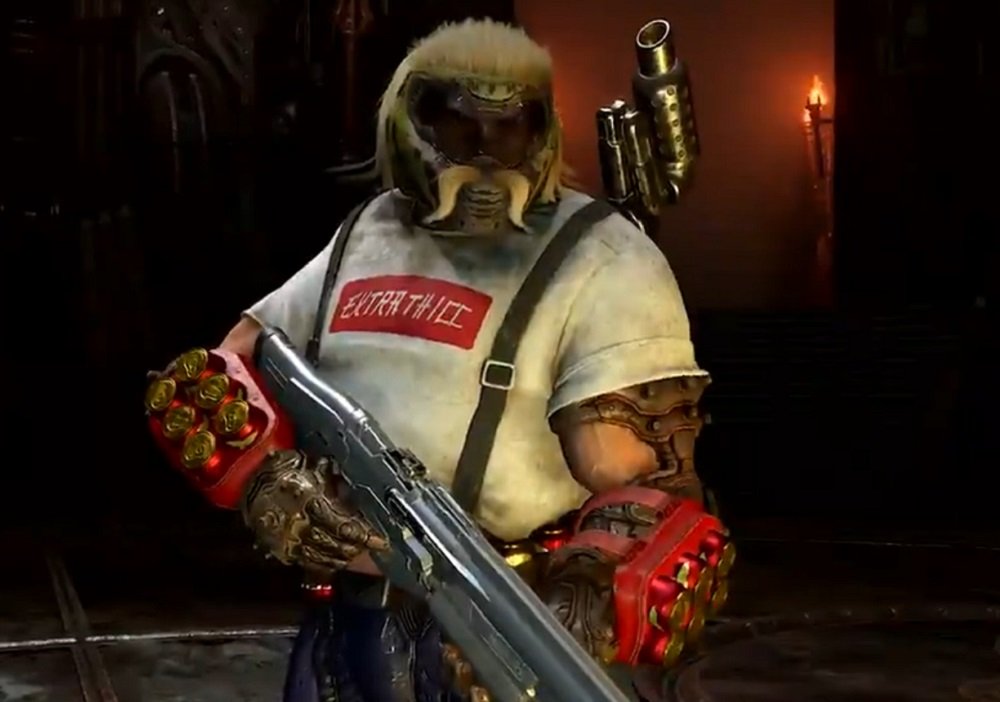 I’ll show you how we handle demons, son

While not the most distinguishable hero on the block, there’s no denying that the demon-slaying space marine of id Software’s Doom Eternal cuts a pretty imposing figure – clad in futuristic body armour and kitted out with an ominous helmet. But what would happen if yer old’ da’ decided he wanted to have a stab at defeating Hell’s minions? Well, with this new skin, you can find out.

The “Mullet Slayer” skin, available exclusively to Twitch Prime subscribers from May 21, turns our battle-hardened marine into the kind of fella that would leave his Christmas tree up all year round, who knows exactly what that Quarterback just did wrong, and who would frequently inquire “What’s this shit?” when listening to any record with “Feat.” in the title.

The Mullet Slayer skin will be overlayed into Doom Eternal‘s gameplay, which will no doubt make for quite a sight during the shooter’s explosive cinematics. I personally can’t wait to see this good old boy laying waste to the underworld, while endlessly reminiscing about that one game-winning catch he scored in high school, or that time he got to sniff the prom queen’s hair during Hands Across America.

Unfortunately, there has been no word that the Mullet Slayer skin will be made available for users outside of Twitch Prime. But that’s why we have trial accounts. Am I right? Right. Stick with me, our kid.

Doom Eternal is available now on PS4, PC, and Xbox One.