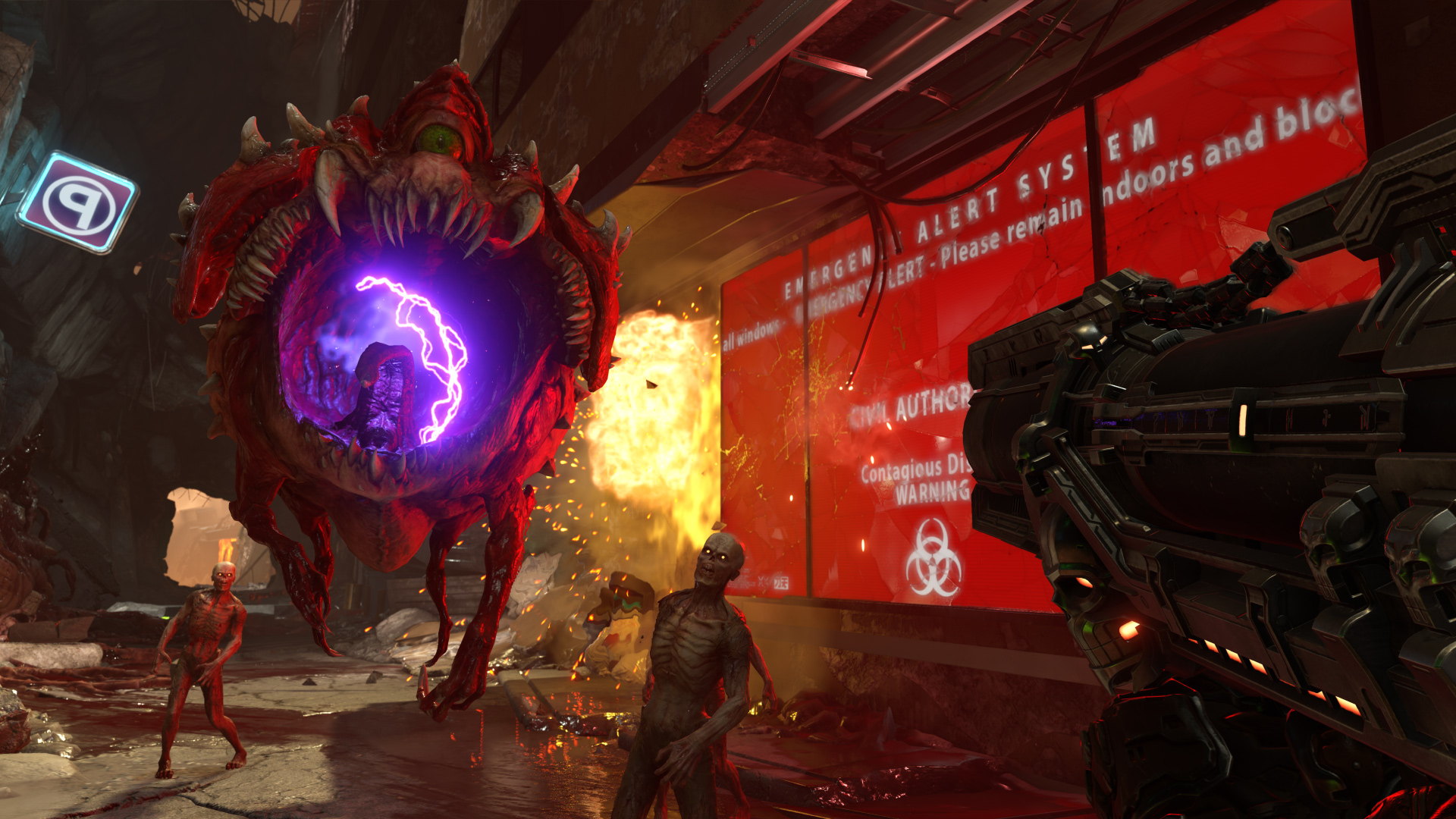 Doom Eternal pretty much looks like a more action packed version of Doom 2016: which is exactly what developer id Software wants to hear. But it wasn’t until after the presentation that we really started to get into the granular details, most notably: Doom Eternal is also coming to Switch.

Given the rapport that id and Bethesda have with Panic Button (they also ported Doom 2016) it’s no surprise that they’re handling the sequel. Eurogamer was able to confirm the news at QuakeCon with producer Marty Stratton: “We’re actually working with Panic Button again, but before, we made the game and then we brought it to Switch, and now we are making the game with Switch in mind. It’s nice to know the platforms we want to hit up front.”

As someone who has played through the entire Switch edition of Doom I wouldn’t say there was no sacrifice, but rather, it wasn’t a major one. The drop is a bummer especially if you’re going from a gaming rig to portable mode, but if you only have a Switch you’ll still be able to enjoy the core Doom experience. Panic Button has mostly delivered to date, so Eternal is in good hands barring a catastrophe.