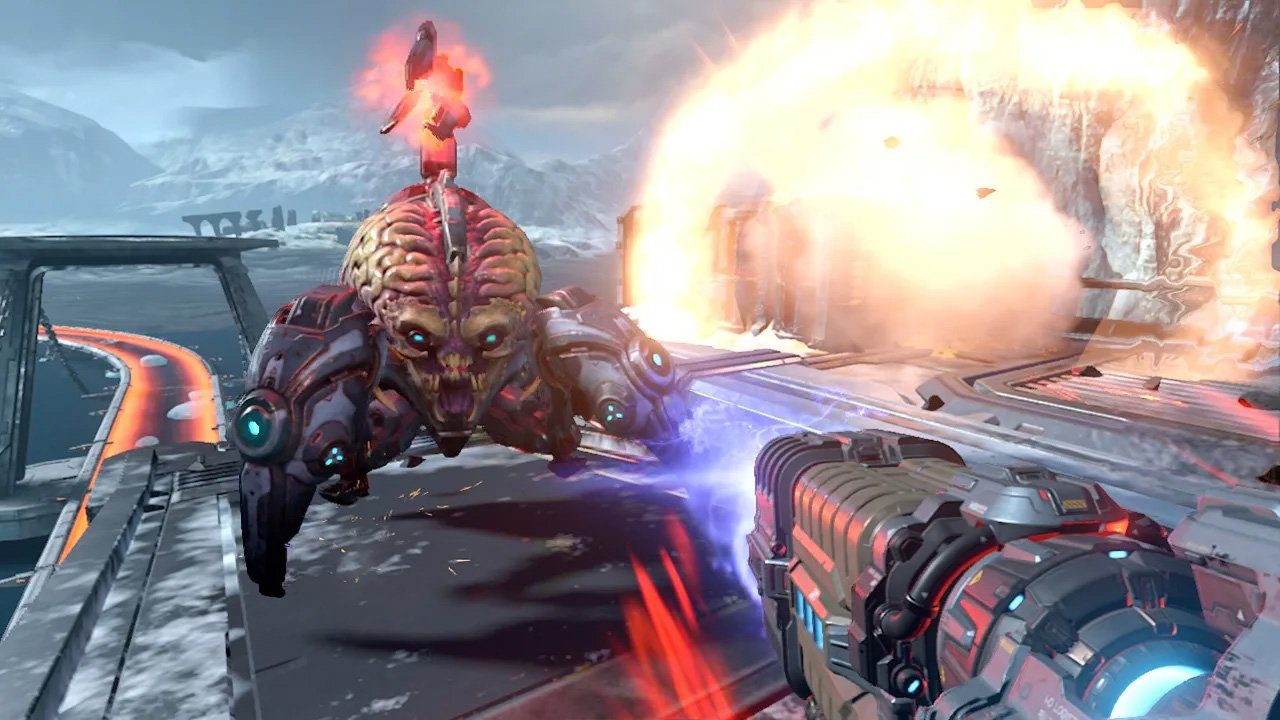 That’s the lowest price to date for the Switch version

Doom Eternal is half price ($29.99) on the Nintendo Switch eShop, and that’s a solid deal.

Panic Button’s well-liked Switch port of Doom Eternal only released digitally, and it’s still relatively recent compared to the older PC and other console versions that came out first, so for anyone considering waiting on a “good deal,” this is likely your best opportunity for a good long while.

For a tech analysis, I’d turn to Digital Foundry. The Switch edition looks blurry even when you aren’t stacking it up side-by-side, but it plays well, and it’s a “near locked 30 frames per second experience” in docked play. As for those pesky Marauders, I can’t help you there – you’re gonna have to practice.

While I’d say Doom Eternal is the focal point here, a few other notable eShop sales are running right now that you can peruse all at once over on Nintendo’s sales and deals page. For once, it’s not too cramped.

Bethesda has the wider Doom and Wolfenstein series on sale. Everything is half price, which works out pretty well for the classic Doom titles, but not so much for Skyrim, which is still charging $29.99.