Doom Eternal can get really heated, and I’m not just talking about the denizens of Hell here.

On higher difficulty settings things can spiral out of control, so it’s imperative that you use the entire arena and explore all of it: even a death can be beneficial as long as it grants you knowledge of the battlefield (unless you’re playing the permadeath mode, then you’re screwed).

Get the lay of the land before you really commit to using precious ammo.

Maybe there’s a huge cache lying in one of the lower levels of an arena that you can stake out after you’ve used up all of your ammo-refilling chainsaw charges. Or, there might be a stockpile of health on the tippy-top of an area that you’ll need to double-jump and clamber up to when you get low and are dodging bullets. While the Holy Trinity of ammo, armor, and health replenishment (chainsaw, Flame Belch, glory kills) is important, working smarter, not harder, is the key to taking down some of the harder areas in Doom Eternal.

But most importantly, look for game-changing power-ups in the form of orbs: there were several times where I completed an entire arena without exploring every nook and cranny, and found a power-up sitting there, unused and wasted. 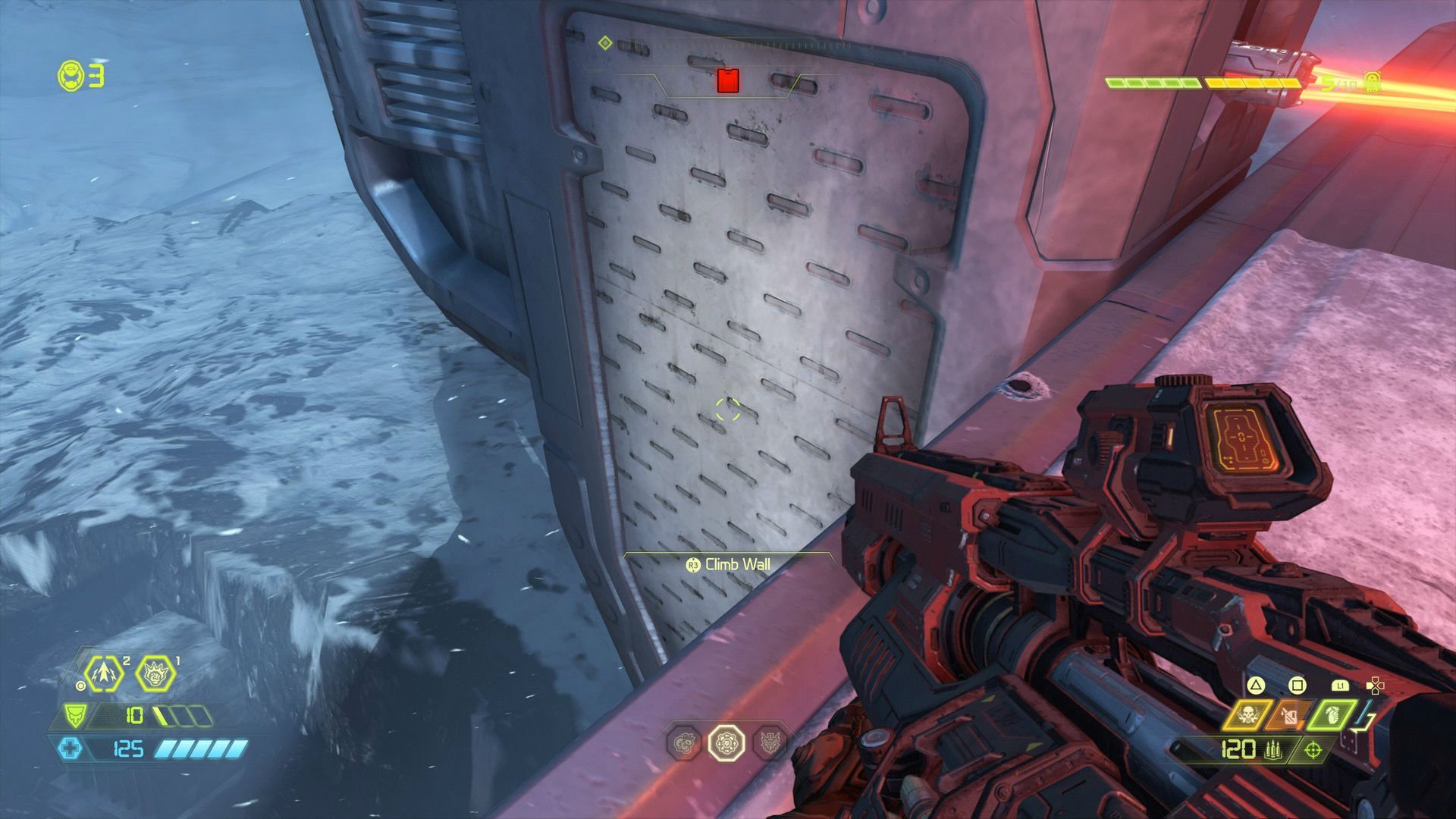 Here’s another tip for areas that have special walls you can cling to: you don’t have to press R3 to grab on if you dash directly into them. This is especially useful for when you’re dodging through the air at the speed of sound during a firefight, and might forget to actually grab something.