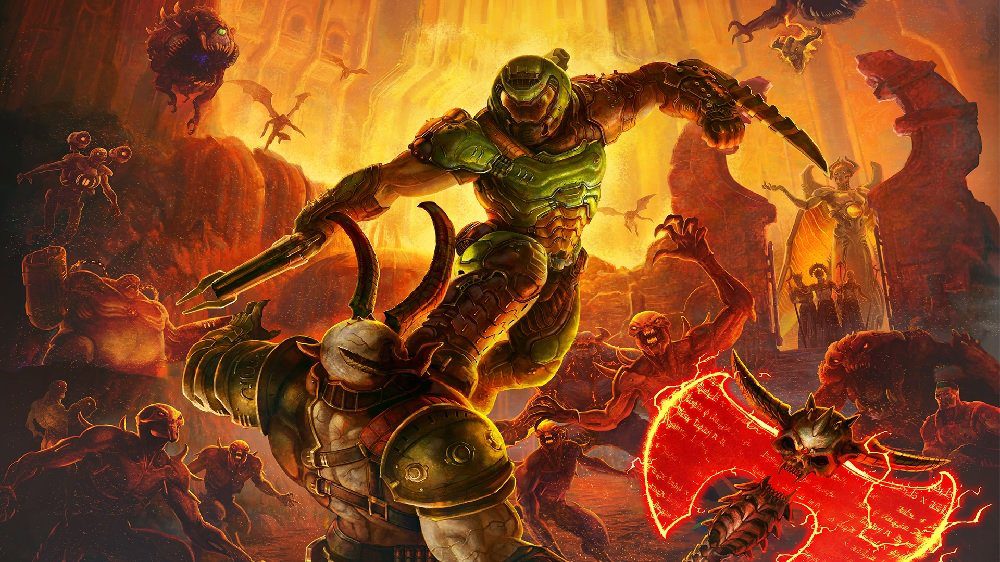 Physical pre-orders canceled across the board

As Nintendo Switch owners eagerly wait to Rip ‘n’ Tear through Doom Eternal, new information from publisher Bethesda suggests that the hellish shooter sequel’s physical edition may have been canceled.

Flags were first raised after Gamestop started automatically refunding all customers who had pre-ordered a hard copy of Doom Eternal for Switch. Gaming news site IGN then received the following statement from Bethesda.

“While Doom Eternal is 100% on track for an imminent digital-only release on Nintendo Switch, the absence of a physical release at retail resulted in cancelled pre-orders. Affected customers will receive full refunds and should contact their preferred retailer for more information.”

Bethesda also noted that “more information” would arrive later this month. We’ll have to wait and see whether the publisher just means an official announcement of the cancellation, an actual release date, (finally), or other plans for the bloodstained adventure’s arrival on the Nintendo platform. Either way, Doom Eternal is tentatively expected to launch on Nintendo Switch late 2020.