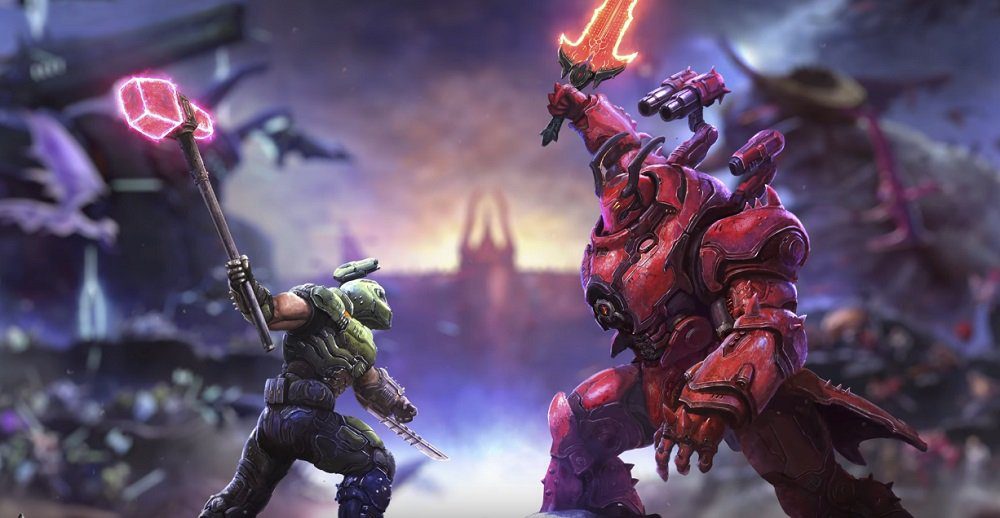 Bethesda has released a trailer for a trailer, (because this is real life now), teasing the arrival of The Ancient Gods: Part 2, the next explosive DLC expansion headed to id Software’s Doom Eternal.

The short video, which you can check out below, sees our pal the Doom Slayer rally up with some devastating intergalactic forces, preparing for one hell of an almighty showdown with his villainous alter-ego, The Dark Lord, who shows up to the war rocking some pretty almighty Warhammer-style battle armor. A brief glimpse of action, and we’re done, with the full gameplay trailer dropping this Wednesday, March 17.

Doom Eternal, currently available on PS4, PC, Xbox One, and Nintendo Switch, is also expected to hit PS5 and Xbox Series X at some point later in 2021. As Doom is one of the properties that now falls under the Microsoft banner, (courtesy of the ZeniMax acquisition) it remains to be seen what the future holds for the franchise from an exclusivity stance.