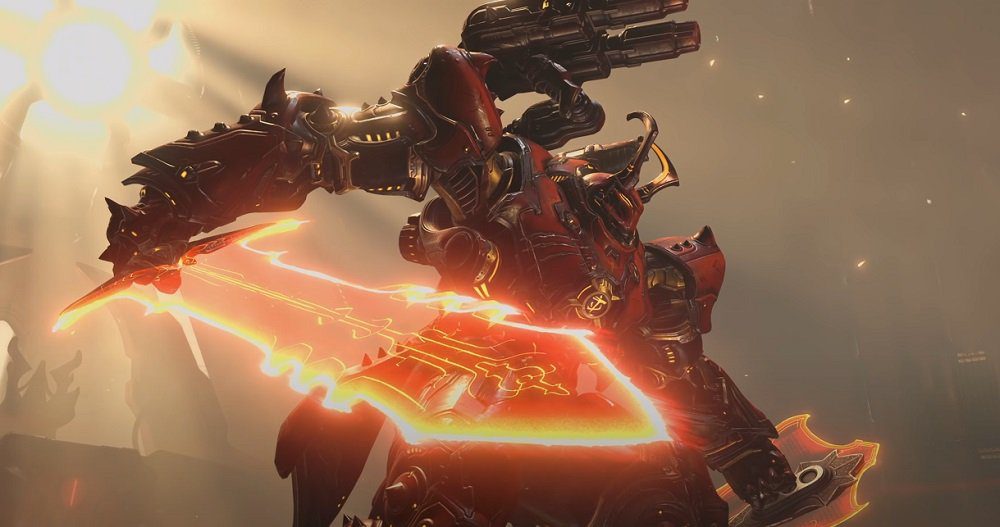 The new DLC, which drops on PS4, PC, and Xbox One tomorrow, March 18, sees the Doom Slayer and his small army of hellions rise up in battle against his vicious alter-ego, The Dark Lord. (I mean, Doom Slayer is pretty vicious himself but you get what I’m saying. The violent trailer is particularly epic in scale, with an all-out war perhaps beyond anything seen in the legendary franchise to date.

The Ancient Gods: Part 2 will feature new locations including ancient Sentinel settlements, a devastated Earth city, and finally the intimidating towers of The Dark Lord himself. It’ll take all of our hero’s might to face down a bastion of new villain variants, including the Stone Imp, the Armored Baron, the Cursed Prowler, and the all-new Screecher, who has the power to buff remaining enemies once killed… Huh, maybe save that dude ’til last.