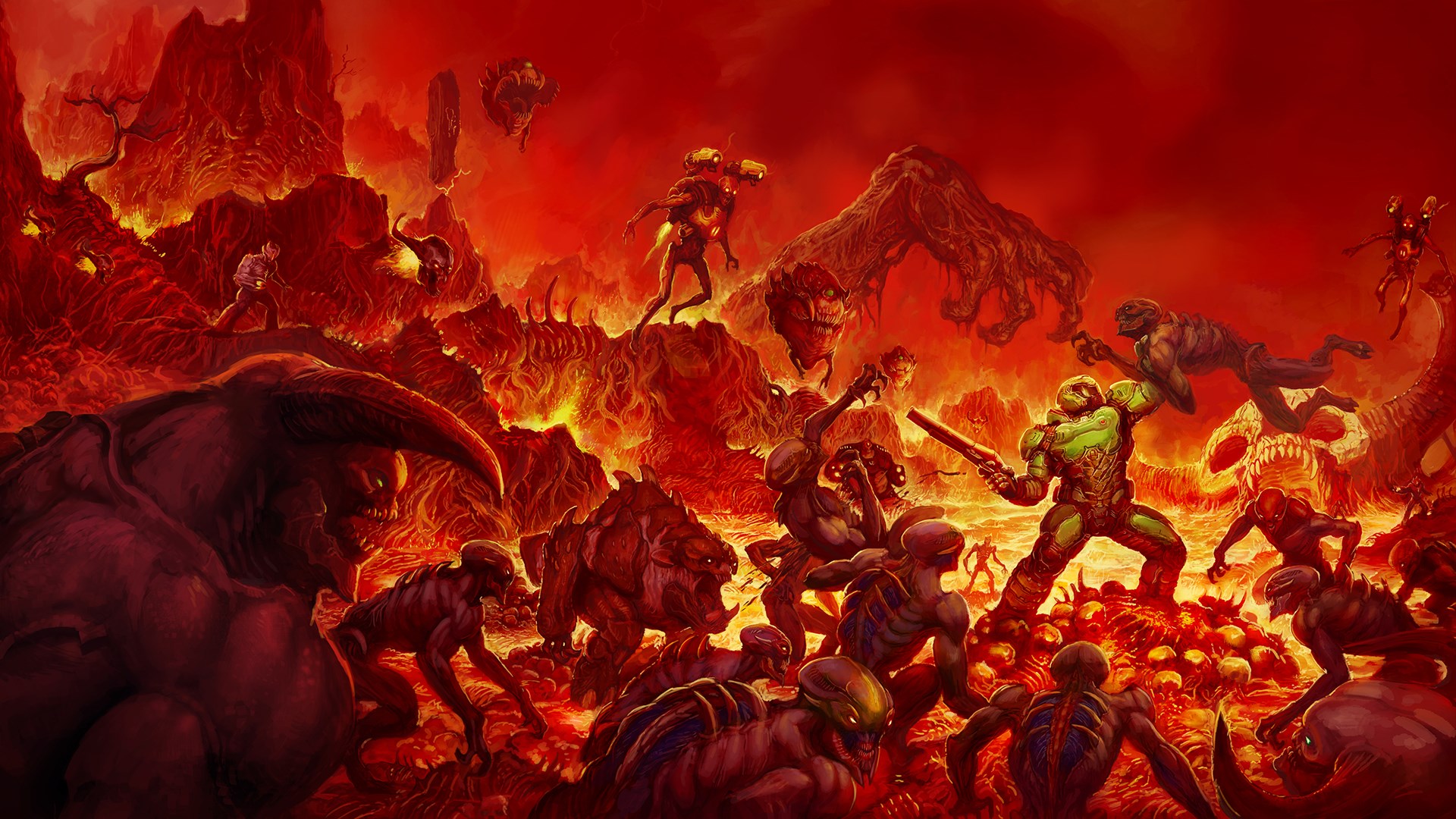 It’s with a heavy heart that I’m obligated to inform you the straight-to-video Doom: Annihilation has not been canceled. Things were hopeful for a minute when it was delayed to improve the CGI effects. But, alas, it is releasing in the near future.

Universal Pictures announced today that Doom: Annihilation is slated for October 1, 2019. Bypassing the silver screen altogether (as most good films do), it’s launching on Blu-Ray so that viewing audiences can be disappointed in the relative comfort of their own homes. Also, the box art looks just like the big dumb rabbit monster from Donnie Darko:

The single thing about Doom: Annihilation that interests me is that the protagonist is Joan Dark (played by Amy Manson), and that’s a mere “na” away from Perfect Dark‘s Joanna Dark. What a wildly good game. One minute you’re infiltrating corporate headquarters and sniping hostage-takers atop villa rooftops, the next you’re crashing Air Force One and gallivanting about with a little alien dude named Elvis.

But let’s not stray too far from the topic at hand. Doom: Annihilation, which will almost certainly be markedly worse than the other pop culture references mentioned above, releases this fall. Doom Eternal launches on November 22, and no one doubts that it’ll be anything short of superb. Doom: Annihilation‘s ceiling, however, is probably “Hey, that wasn’t too embarrassing!” I’m sorry.