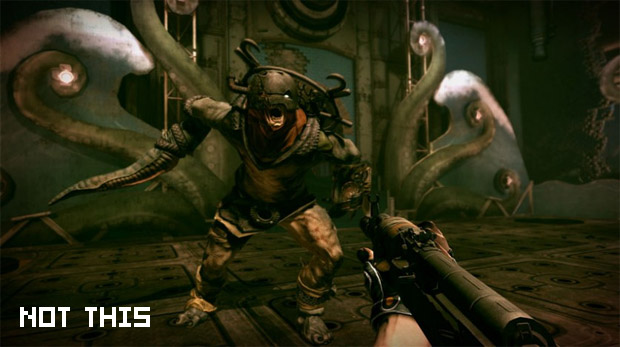 Rage continues to look terrific, and also continues to be id’s main focus, at least in terms of where the studio’s marketing muscle is at. Following a few brief statements about Doom 4, which pin it as not a direct sequel to Doom 3 but not a series reboot either, Eurogamer has gotten new info.

id’s design director Matt Hooper says the team on Doom 4 is going in its “own direction. They’re doing something Doom fans will be happy with. We’re separated enough to be able to go our own ways, but still connected where we can help facilitate both those directions.”

Continuing, Hooper explains that the game “is distinct enough. It would be dangerous … We don’t want to make a re-skinned Doom [with Rage] and then Doom 4 be a re-skinned Rage. That would be bad.”

“It’s worked out really nicely where we have enough connection to take advantage of things like technology and talent, but enough separation to be able to go in a unique direction.”

Doom fans “will be happy” with Doom 4 [Eurogamer]