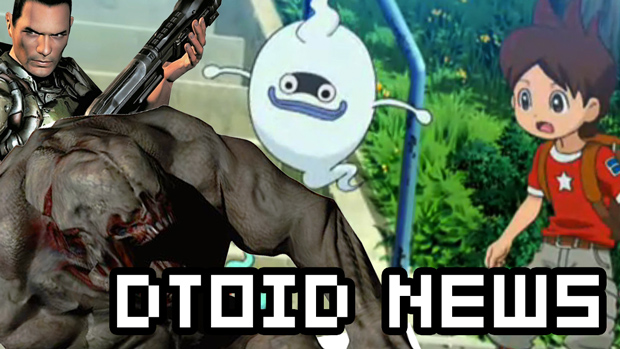 Hey everybody, I’m back from Japan! And here’s your quasi-timely news update for the first two thirds of this week. Irrational Games closed, pre-ordering Wolfenstein: The New Order gets you a beta for the new and technically unannounced DOOM game. Square Enix has trademarked “Shinra Company,” there’s a possibility of new Final Fantasy games on PC in the future, and in the meantime, Final Fantasies VII, VIII, and XIV are currently on sale.

Level 5 is getting me all hot and bothered by teasing a western release of Yokai Watch, which is selling like adorable ghostcakes in Japan. PC and PS4 owners will get Zombie Studios’ Daylight in April, and next month sees the release of Towerfall Ascension, the expanded version of the former Ouya exclusive.