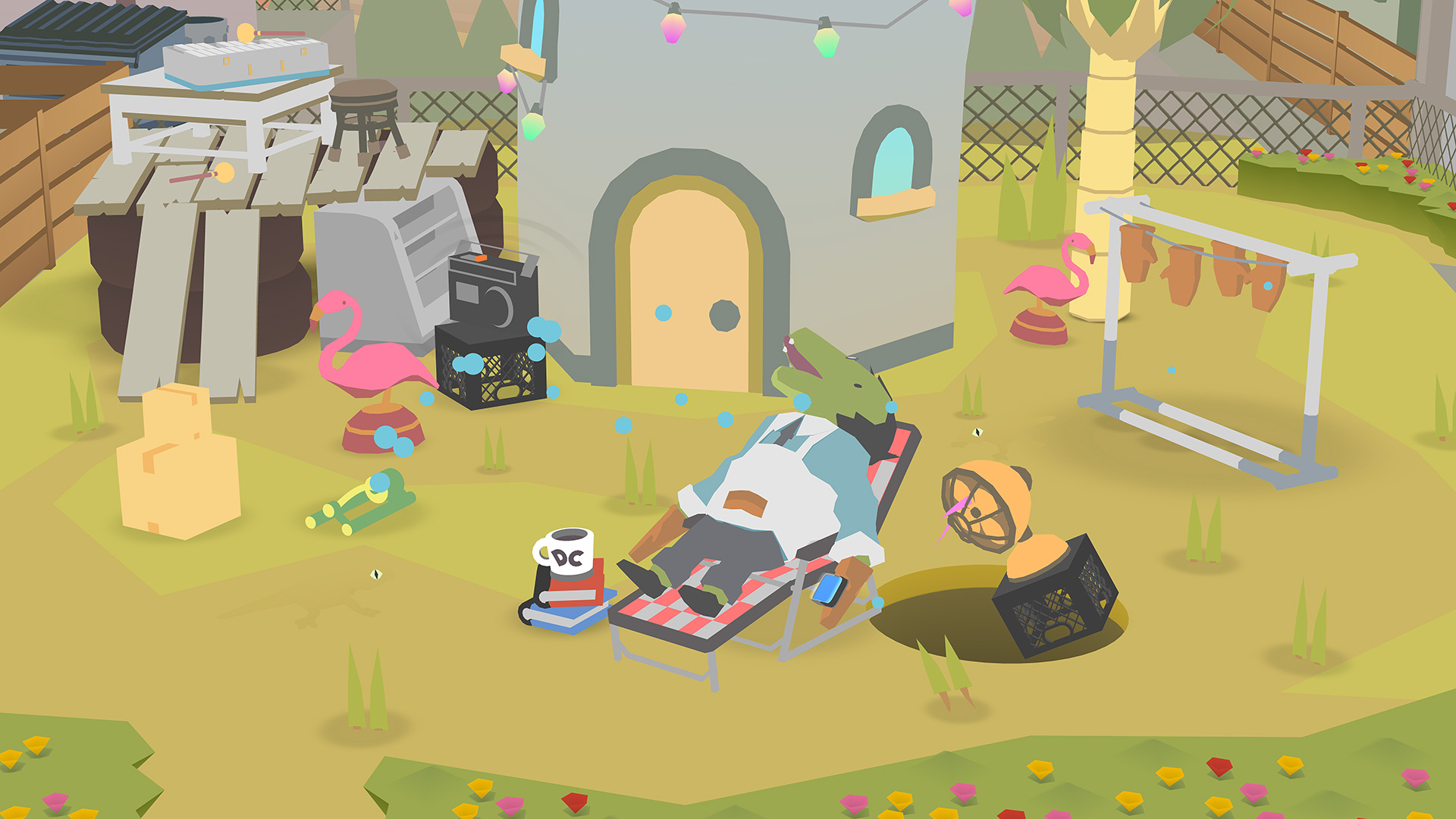 I played a ton of Katamari Damacy over the weekend on Nintendo Switch. It’s not my first time rolling up junk to make celestial bodies for my large disappointed dad, and it definitely won’t be the last. It’s a timeless classic. But now I’m in a real quirky-video-game state of mind. I need more!

Katamari Damacy and Donut County aren’t the same, but I feel like the two games could be distant cousins. As Ray said in his review, they’re inverse. The breezy puzzle game from Ben Esposito puts players in control of a roaming hole in the ground with an insatiable appetite. That premise is a keeper.

If you missed Donut County‘s debut on PC, Mac, iOS, and PS4, you’ll have a couple more chances soon. The Nintendo Switch and Xbox One versions are both launching on Tuesday, December 18.

With its simple controls and charming watchability, this could be a hit with families during the holidays.