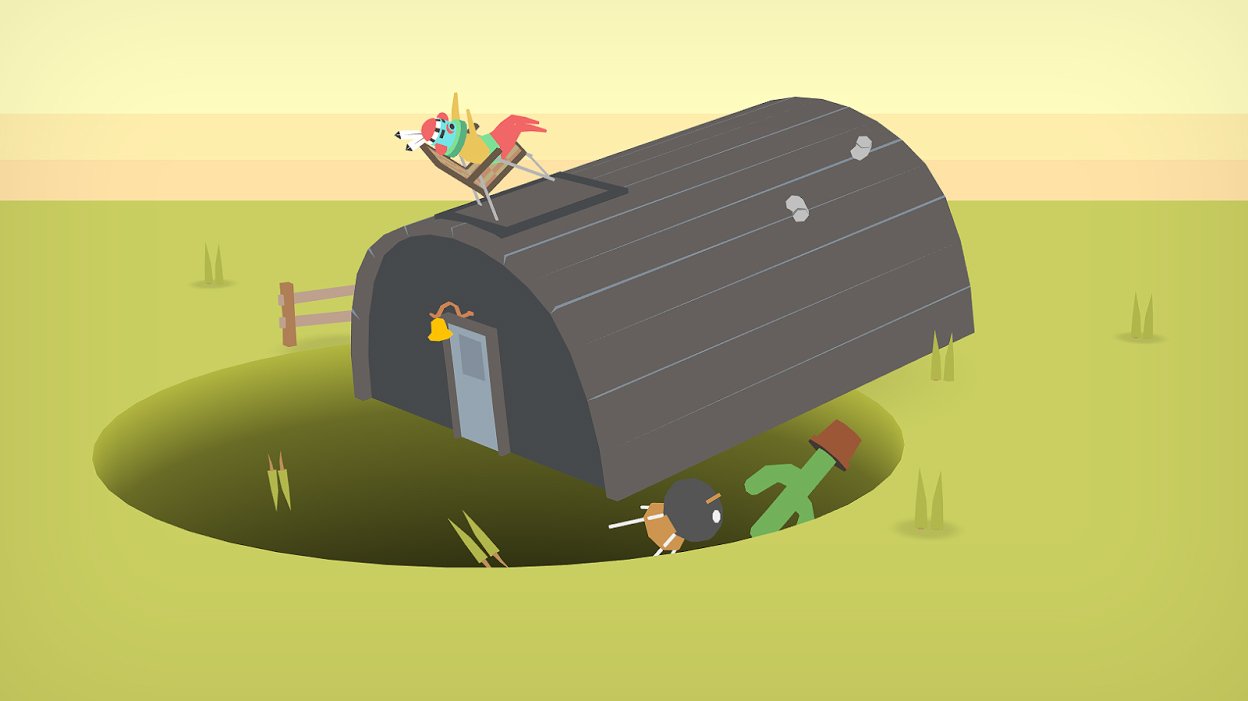 In Katamari Damacy, you roll up stuff. Small stuff, to start. Then cars, ships, buildings, mountains and, eventually, entire worlds. In Donut County, you slide an insatiable hole around to help it eat anything it can fit inside its maw. The more the hole consumes, the bigger it becomes.

Where does it end up? How big can the hole grow? I’m not sure. But damn do I want to find out.

Creator Ben Esposito describes his game as a “whimsical physics toy,” and that’s apt. A racoon chucks donuts from an airship and also rides a scooter, sometimes. Objects and animals topple when you trip them (and you will trip them). Puzzles feel organic, not forced.

Early on, you’ll discover that consuming fire and corn will cause popcorn to shoot back out of the hole (which you can then eat, obviously). Later, nabbing two rabbits results in lil babies spilling out of the pit. Another level involves interrupting an ant picnic with fireworks.

The more I played, the more I didn’t want to stop. The hungry hole is one of those mechanics that instantly makes sense but never seems to lose its energy or appeal. It just feels right. I wish I could’ve beaten the whole game in one sitting, right then and there, but this was only a preview. Donut County wont be ready for PC, Mac, and iOS until later this year. I’ll be waiting.