Woah, Forbes guy. Calm down. In fact, everyone needs to calm down with the doom and gloom for the new PSP successor. It’s a little early to be saying that Sony is in “big trouble” with the PlayStation Vita. Yes, Sony’s new portable did not have a great second week following launch. To be fair, there was nothing good about Vita’s week two and its weak 72,479 units sold. Even the old, tired, and outgoing Wii outsold the Vita that week. Third-week sales have halved again for Vita, setting the stage for headlines that call for the end of portable game systems, Sony, and even the world.

But in what world is selling nearly half a million units in the first week, and at $250 a pop, a bad thing? In what world does not selling out equal certain doom? Certainly not in Japan, especially when that launch put up directly against the 3DS and its biggest title releases yet, including two new (and now million-selling) Mario games and Capcom’s Japan-dominating franchise, Monster Hunter. As we say around here, always bet on Mario. I’m sure that even Sony bet on Mario last week.

Bad timing? Maybe. Smooth moves from Nintendo? Definitely. High price, unfocused offerings, and a challenged economy? Yes, all factors. But the Vita is going to be fine.

Before we get into it, let’s clear up one turd of a headline that reared its ugly head this past week. There’s lots of talk about how Japanese retailers are cutting prices on the Vita. A picture of one shop’s signage and their push to get some systems out the door doesn’t mean that retailers in Japan are freaking out and cutting prices. Anyone that has shopped in Tokyo can tell you that you can always find it cheaper somewhere. This particular photo was blown out of proportion, unfortunately. As of this morning, all of the major retailers in Japan have held to the original pricing, and that’s not going to change. Big-box outlets like Yodobashi, Bic Camera, Softmap, and the like are all holding at original pricing.

When you step back and look at all portable game offerings available, it’s not surprising that the Vita isn’t flying off shelves. With the 3DS and even Vita’s predecessor, the PSP, there are cheaper offerings with better games. Everything out right now is priced well under the Vita, and even those top franchise games are cheaper. If you’re wanting to play the hottest titles on the market right now in Japan, you’re probably not going to buy a Vita. Yet. When you consider the combined price of the Vita, the required memory card and one game, and then compare that to the low price of the 3DS and the insane popularity of Monster Hunter, it’s no wonder that Nintendo had no problems shifting nearly half a million units last week. Sony didn’t have a chance.

And while we’re talking about Japan, it should be noted that early sales of anything in that country are a poor barometer for expected sales performance. No handhelds ever blow up at launch in the Land of the Rising Sun. The DS was sad at launch and for most of the rest of the launch year, the PSP was even sadder, and the 3DS was nearly heartbreaking. But that always changes. It should be clear to anyone who has ever followed Japanese gaming trends that the market there responds to software, not hardware. In fact, software sells the hardware.

Take the 3DS, for example. The Japanese launch saw the same types of headlines, and the doomsday crew came out of the woodwork to make sure that we knew that the system did not sell out. We heard it over and over, much like we’re hearing it now with the Vita. I covered the February 3DS launch from Tokyo, so I saw firsthand that initial excitement for the system lasted about a week. The very next day major retailers had new systems in stock, and later that week I found plenty of used, discounted systems at trade-in centers. When Japan got bored of StreetPassing and playing Street Fighter, the 3DS went into the closet to lose its charge. It always comes down to games, and at system launch, just about every piece of gaming hardware is let down by the first offerings. My launch-day 3DS went from being the future of portable gaming to a shiny block of ass in about three days. I joined in with all the other early adopters in realizing that the initial game offerings were poor.

Look at the situation now. Some ten months later, there’s so many good 3DS games that I’m behind in playing them all. So many more AAA titles are on the way. And as far as hardware sales goes, Nintendo just revealed that four million systems have sold in the past ten months, and that they feel they’re on track for 16 million sold by year’s end. I went back to read some of our own articles on 3DS launch sales this week. I winced at a couple, as the tone in some of them seems silly now. That’s a lesson for us, too. Looking back, Nintendo didn’t have a great last year financially, but they eventually made good with the 3DS. There were several setbacks for the system this year, including high initial price, poor software support, and a lack of coordination in digital offerings and services. But it’s all fine now, and 2012 is looking pretty bright for Nintendo’s portable.

We all know that Sony isn’t great with system launches. They definitely had more of their stuff together this time around, but there were a few missteps that are probably holding them back. $250 is a steep price for a portable, and no amount of bells, whistles and touch screens is going to change that. The price equivalent in Japan is hard to swallow this early in the game, and the decision becomes even harder when you have to fret over which model to get. For Japanese gamers, it’s either limiting yourself with an already expensive WiFi-only model, or potentially punching yourself in the face (and wallet) with the 3G model and its outdated technology and required data plan. The wallet punching continues with the required proprietary memory cards, which take the price of entry up to what a full-blown home console would cost. And while it’s clear that Western gamers are jazzed about some of the Vita’s launch offerings, there’s not much in the line-up that speaks to Japan. Or if it does speak, it’s not louder than Monster Hunter. Slap on a crap economic climate on top of all of that and you have a situation where I’d bet most seasoned gamers are going to “wait and see.” 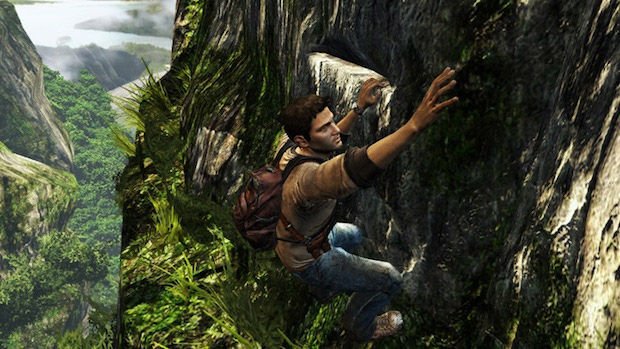 One last thing: quit with the smartphone comparisons. When phones have two beautiful analog sticks and play the hottest Uncharted game, we can talk. Until then, portable game systems and smartphones and tablets are on different playing fields as far as gaming is concerned. Yes, the huge adoption of various Android devices and iThings can impact portable gaming in some respects, but that doesn’t change the fact that there will always be gamers that want a high-end, console-like gaming experience on-the-go. People keep saying that this type of gaming is coming to phones and tablets, but I have yet to see it. For sure, we want it, but it seems so far off, and that middle ground between casual gaming and core gaming hasn’t even formed yet. For now, the wild successes of casual mobile gaming shouldn’t be connected to the end of portable game systems. And even if there was a connection, it wouldn’t be coming from only three weeks of sales data.

Here’s what it really comes down to: right now, other systems have the great games. The 3DS is hot in Japan, and even the PSP is still popular. When Vita eventually gets those key game franchises, you’ll see the shift. Remember that Final Fantasy X was announced at Sony’s Tokyo Game Show press conference for Vita. You don’t think Japanese gamers won’t bust down doors that week? Wouldn’t Western gamers do the same for a portable, always-connected Call of Duty? There’s so much potential for good games with the Vita that it seems silly to “call it” so early.

There’s too much focus on three weeks worth of sales numbers, and not enough on Vita’s capabilities, possibilities or upcoming software. Holding a Vita is seeing that Sony put a lot of work into making the system special. It’s a glorious piece of hardware, and it offers up just about everything that portable gamers have ever asked for, save for true pocket-ability. There’s just not a lot of huge games yet. I have faith that Sony’s work to make such a polished, refined system will pay off. The early word is that many developers are already excited. The varied and strong launch offerings should serve as proof of that.

I’m not here to make excuses for the Vita. We joke about the group of readers we call the “Sony Defense Force” storming in here at Destructoid when negative talk arises in a story of ours. I’m not part of the SDF. But while I stand armed to deflect “Vita fanboy” accusations, I’ll gladly take all shots that aim to label me as a portable games fanboy. I am. I love portable gaming, and I know it like the back of my hand…held. These systems aren’t going anywhere. Smartphones and tablets are great for gaming, but in their current state, they’re never going to fully satisfy what core portable gamers want and need. As long as there are core gamers, little game systems with buttons and sticks aren’t going anywhere.

Sony still has some work to do. They know this. The system is a bit expensive, the memory cards are an added cost that no one likes, and at least one of the flagship games is priced like a full-blown console title. And if lower-than-expected sales brings a price drop, great! Only early adopters would complain about that. Sony is definitely watching the situation, and if things go off course, they can set it right. It’s still early. I think the outlook is still very positive.

A great system with great games from great developers is what we already have — hardly “big trouble.” If Sony plays its cards right, the situation will only get better. Don’t get hung up on less than a month’s worth of sales data, gamers. I think you should continue to be excited for the PlayStation Vita. It’s going to be fine.