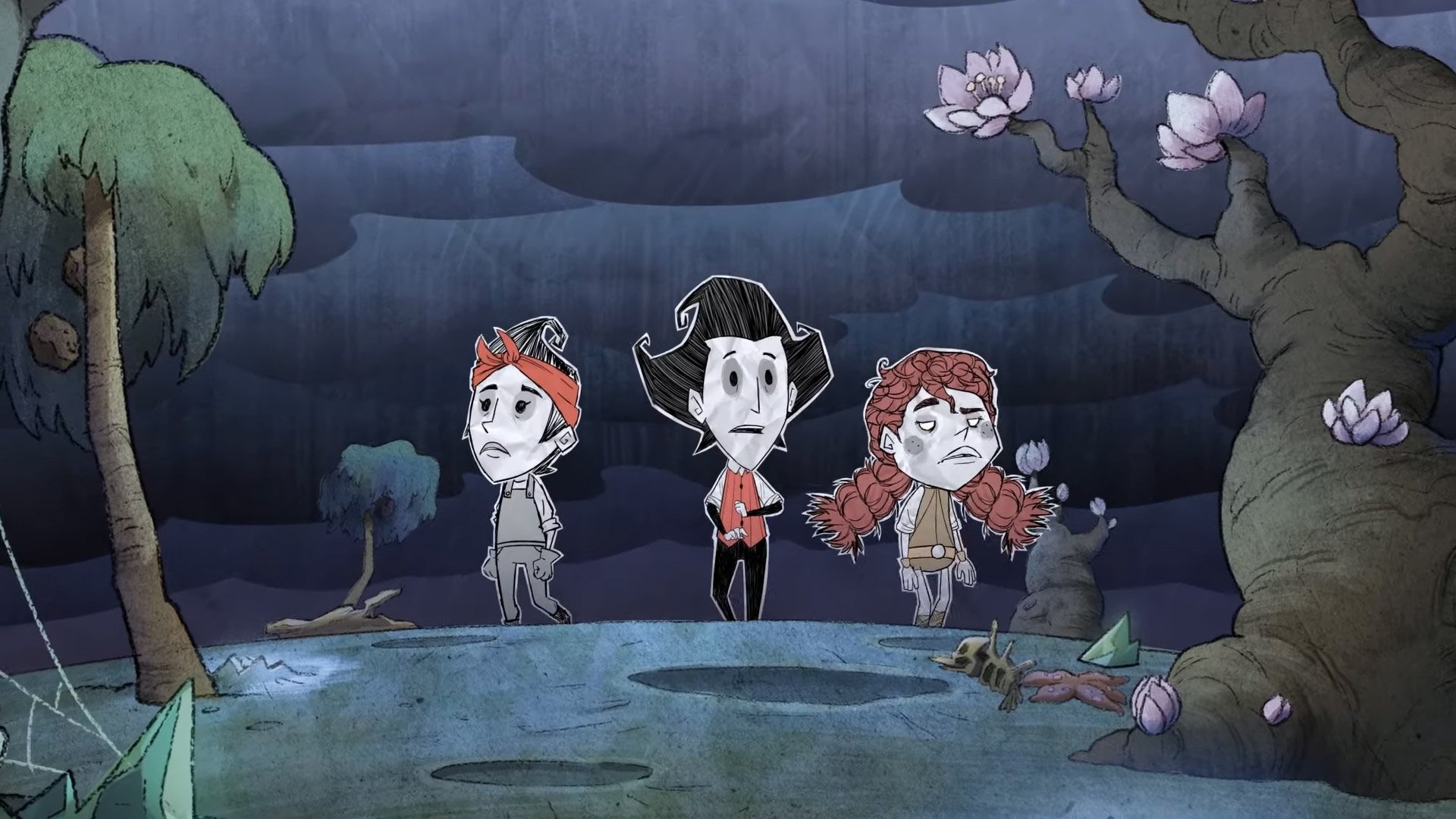 The Turn of Tides update is live on PC

It feels like every time we check back on Don’t Starve Together, Klei has just unleashed some wild new update. The studio promised an “extensive” slate of content for the co-op survival game throughout 2019, and it continues to deliver on that front. This week, at least on PC to start, it’s time for Turn of Tides – a free update in which a chunk of the moon lands planetside and forms a “Lunar Island.”

If absolutely nothing else, I’m here for these animated trailers. They never disappoint. Don’t Starve always had such a compelling mythos, and it’s only grown stronger with Don’t Starve Together.

Turn of Tides has boat-building and sailing mechanics – how else can are you going to reach (and promptly die on) the island? – and three biomes “with valuable new resources, craftables, and fearsome enemies.” Klei also swapped out the Sanity meter for a new Enlightenment concept that ties into the storyline. Speaking of which, did I forget to mention that this ongoing expansion is called Return of Them and it’s about an ancient being in the sky we can’t fully comprehend? Whoops. Don’t make eye contact!

Don’t Starve Together console players will have to wait for the update. Simply put, Klei needs more time. “We expect this to take an additional 3-4 weeks (hopefully less), and we will update you with the expected date as soon as we submit to cert and have a better handle on what the date will be.”

The developers also indicated that they’re hoping to improve the character skin situation on PS4 and Xbox One down the road. Under the current approach, “each time we put new skins on console we have to go through the entire certification process as well as the process for setting up DLC, which in the past has proven to be more time consuming than we’d hoped. However, if we instead put everything up as one package and allow them to be paid for with virtual currency, we’re no longer so limited.”

Return of Them – Turn of Tides now available on Steam! (+Hotfix notes) [Steam]