Don’t Starve‘s whimsical world full of hungry horrors has been available to PC gamers since 2013 and later came to the PlayStation 4 and Vita, but it always seemed to me that it would find a perfect home in the Wii U. What better way to view your randomly-generated map than on a second screen in your hands? Even better, how about having the full game in your hands on a large screen so that you can comfortably fight famine?

The Wii U port almost gets all of that right. 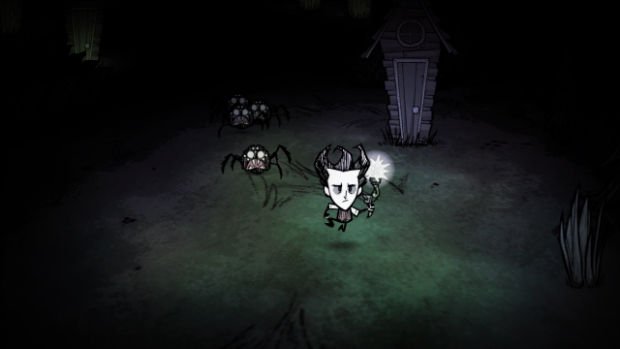 If you’ve played Don’t Starve and its rather large DLC add-on Reign of Giants, you’ll know what to expect here. Though I had only played Giants for a couple days, there doesn’t seem to be any content unique to this port. If you haven’t had a chance to dive into this bizarre, Burton-esque world, you have a lot more game here than you probably expect.

Playing as a scientist named Wilson that transports himself to another dimension via one of his deranged inventions, you’ll have to keep yourself fed and sane. Don’t Starve is best played without any inkling of what’s going on, as you’ll find yourself pleased with even the slightest discovery in hopes of prolonging your inevitable death. 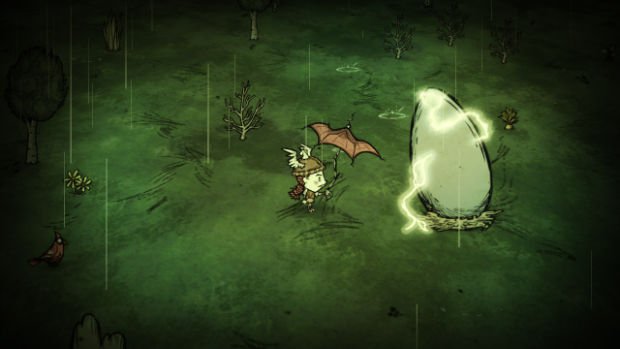 While being directionless in a procedurally-generated world sounds pointless to some, the Adventure mode does have an end if you’re dedicated enough to try to reach it. There are materials to be gathered, items to collect, monsters to be slain, and carrots to be grown, provided you can survive the four drastically different seasons and the harsh realities they bring with them.

Don’t Starve‘s difficulty has always been a point of contention. While the overall oppressive atmosphere is well-served by the ever-dwindling resources in the various biomes, dying after 50 in-game days is often demoralizing enough to have you walk away for weeks. That still holds true in this port, so be prepared to lose a couple (hundred) times before you win.

The GamePad functions exactly how you would expect. When playing on the television, it takes on map duties and charts your surroundings as you go. Pausing to look at the map was never hugely time-consuming, but I know some people will enjoy this feature. 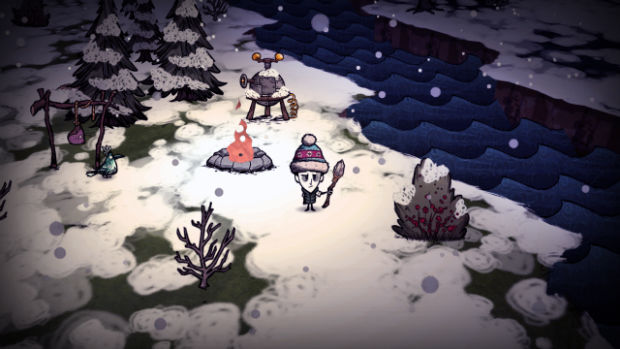 At any time you can switch to Off-TV Play, but the text is unfortunately too small to play this way for extended periods of time. Annoyed, I went to the options menu and my little heart leapt when I saw a UI size slider. Bafflingly enough, this only changes the width of the UI and doesn’t effect anything else. It’s a shame because the GamePad feels so comfortable and right for Don’t Starve, but I’d rather not squint for hour-long play sessions.

I’m also slightly surprised that they didn’t utilize the touch screen in any way. Seeing as how the original platform was PC, using the stylus to guide your character around and to select items would’ve made perfect sense. I suppose Klei didn’t think too many people would utilize that control scheme. For some reason (either an oversight or a glitch), I could only use the GamePad’s audio jack when in Off-TV Play, which is a tad irritating only to people with incredibly specific gripes such as myself.

Overall, the Wii U is a great place to hunt and gather on the strange plains of Don’t Starve. It could have been better, but it’s still good, wholesome, disheartening fun for the family.