Especially considering your progress will carry into the full game

I’m glad Nintendo decided to release a demo for Hyrule Warriors: Age of Calamity – not just as someone who adored Hyrule Warriors on Wii U and Switch, but also as someone who knows there are bound to be a lot of on-the-fence Breath of the Wild fans checking out this Musou game for its prequel story.

Today’s Switch demo is undoubtedly worth the download. You’ll get access to a surprisingly generous chunk of the game, including two full story missions, a few slay-the-horde side levels, various shops and goals to activate and/or “check off” from the world map (using resources you’ve collected in battle), and a working blacksmith for weapon leveling. Heck, you even get to play as Link, Impa, and Zelda.

Without really spoiling anything, the demo cutoff point arrives just as four main missions – one for each of the Champions – appear on the map. For a split second, I thought I’d be able to play them. Not quite. 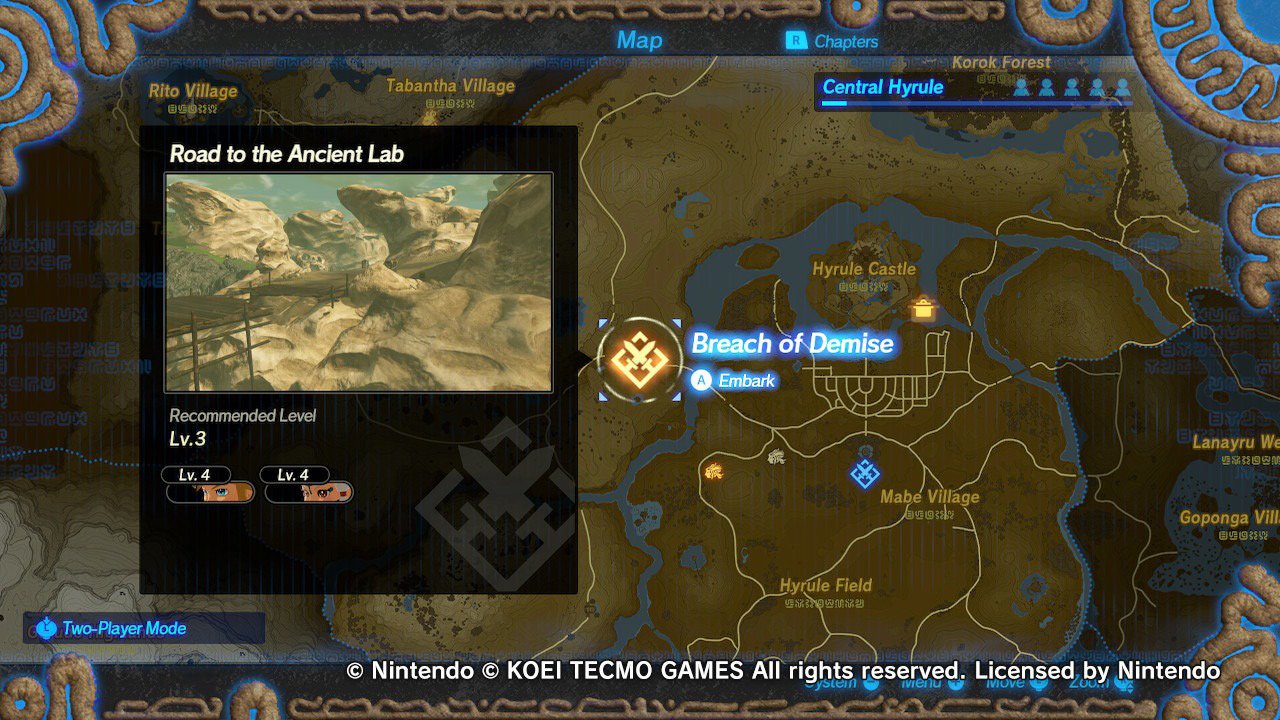 (Opening spoiler) Story-wise, time travel is very much afoot, and the helpful “mini guardian” messenger from the Age of Calamity trailers plays a significant role. The setup is bound to put lore-obsessed players in a speculative frenzy. Now more than ever I’m curious how this prequel is gonna wrap up.

Having spent entirely Too Many hours in Hyrule Warriors 1, it’s an adjustment getting used to the new items, the slightly weightier feel to combat, and other tweaks like being able to chop down trees – but it’s a good adjustment. I vastly prefer chucking bombs, freezing foes with stasis, summoning ice, and wielding (limited-use) elemental magic in this context compared to using rote items in the last Hyrule Warriors to open up bosses’ weak points. Age of Calamity‘s items are just more fun and freeing.

As for the sample roster, Link is Link (dash and tap the X button to shield surf!), Impa is an early favorite with her easy-to-spawn clone squadron, and Zelda feels strange at first due to her Sheikah Slate-focused kit. (No joke: her gauge-based special attack involves taking an enemy’s photograph.) If you complete some of the goals on the world map, you’ll unlock new attack combos and more HP.

Before you ask: the performance could be better (I think it’s adequate), and yes, there is co-op support. 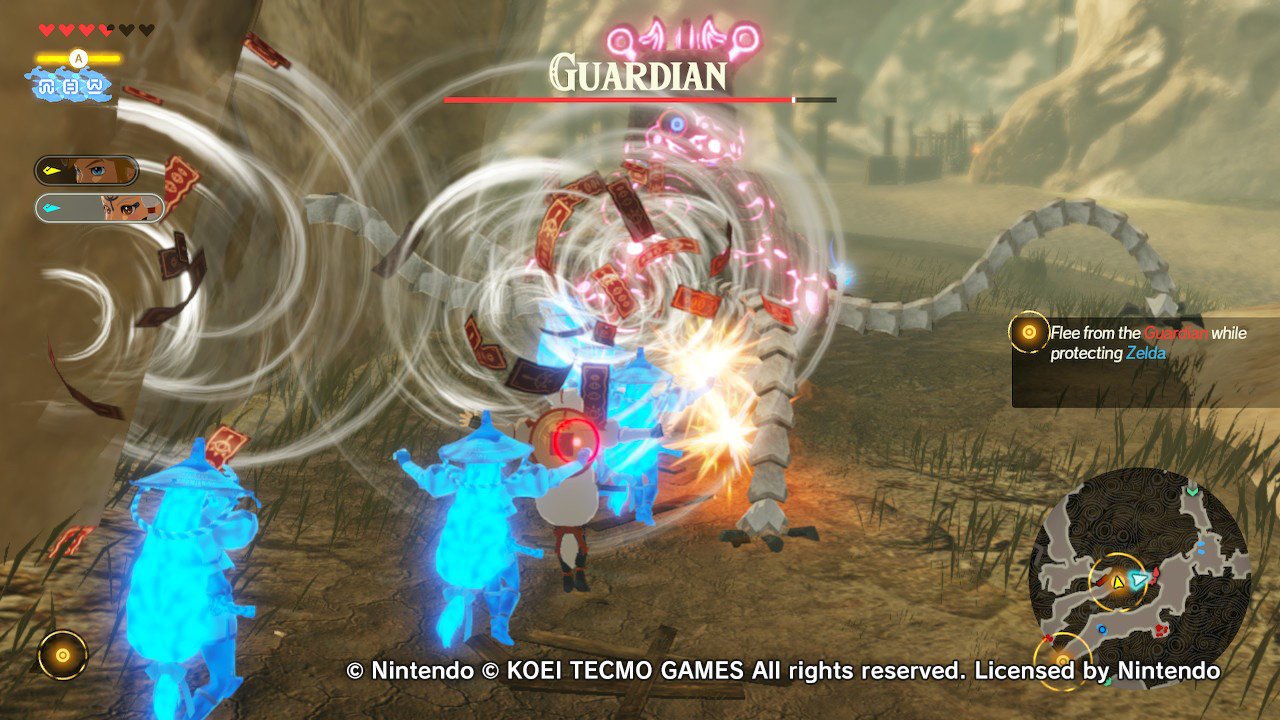 I’m already having a blast with the story missions, the latter of which has a cool sequence with a laser-blasting Guardian (that you can totally side-step if you ignore Nintendo’s pleas and fight it head-on). You will capture bases in true Hyrule Warriors tradition, but there’s much more going on here, thankfully. All told, I took my time and spent around two hours scouring the demo. Nintendo’s on a roll right now.

My impressions are positive so far – again, it’s really fun to play! – but I do have some concerns about whether the story will meet rising expectations and how the breadth of content will stack up to Hyrule Warriors 1 given how ridiculously far that game went with its huge roster and Adventure maps.

If you’re curious as a newcomer, try the demo, and know that these games grow more complex over time in terms of mission objectives and movesets. That said, you should have a pretty clear idea of whether you’re into Age of Calamity or you should just patiently hold off until Breath of the Wild 2.