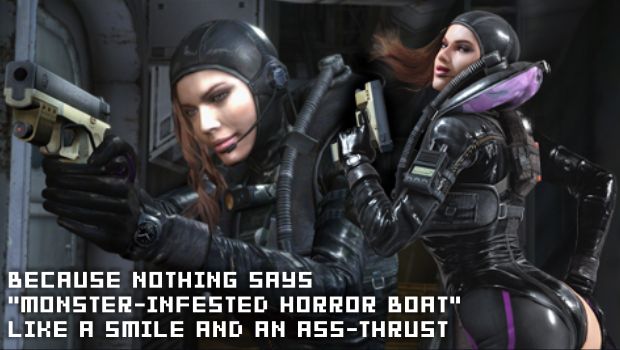 Thank Christ for that

I know you’re all worried to the point of a nervous breakdown over whether or not the recently released console version of Resident Evil Revelations will have lots of downloadable content. You may now put your terrors to bed, for Capcom has three weeks of it starting in June. Phew!

Here’s what’s lined up for you:

Those prices aren’t too bad, in all honesty, especially when compared to other games demanding $5 for alternate costumes. Still, it doesn’t do much to assuage the belief that games are fast becoming little more than DLC delivery services. That we pay for.

Any of this look tempting to you? Sarcasm aside, I’m alright with this content, but I don’t think I’ll be picking any of it up anytime soon.