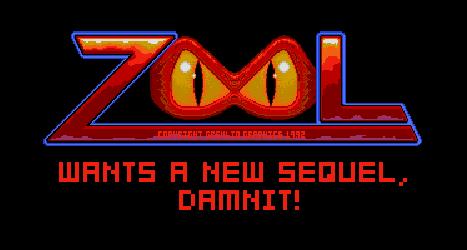 Ars Technicha have got a report that the Amiga, legendary and much obsessed-over gaming computer of the ’80’s and ’90’s, is soon set to make a comeback with a new line of hardware. Anyone who grew up as a gamer through that era, as I did, is probably meeting the news with a heady mix of bleary-eyed nostalagic joy and cold, cold, creeping terror.

During the early ’90’s, before the consoles took over, the Commodore Amiga was the gaming machine to impress your friends with in the U.K. With hardware designed from the ground up for multimedia and multitasking, and a much better tech/price ratio than the PCs and Macs of the day, if you wanted a (relatively) affordable gaming machine to make your friends hate you, this was the way to go.

The Amiga era was one of the golden periods of gaming in Europe. Countless Saturday afternoons were spent huddled around its monitor, boggling away at any one of its massive line-up of games. From Alien Breed, to Cannon Fodder, to Robocod, to Shadow Of The Beast, to Turrican, it was a great time through and through, and that’s before you even got to a home brew scene that current machines would die in envy of. And if you ever got bored, you could always play around with making its speech software say rude things for a while.

But we shouldn’t be getting too excited yet. There have been over thirty such announcements over the last thirteen years and very little has come of any of them, other than the Amiga OS-running AmigaOne, and the horrible failed mess that was Commodore’s CD32 console. And with the Amiga so long out of the public eye, and the home gaming market so changed in the intervening years, one has to wonder if there’s really any point, or if all of this is just happening far too late.

Having said that though, the inner thirteen-year old in me is really hoping this works out. With a pretty sizable worldwide Amiga community still around and a reported starting price tag of $500, while unlikely to take over the industry, a new Amiga could be a very nice little niche machine. And if it straddles the areas of console and computer in the way the old ones did, and manages to maintain the same sort of culture around it, you can count me very much in.