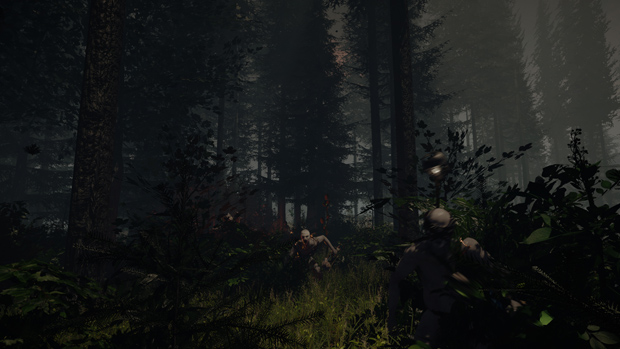 Spreadable fire should come in handy

First off, if you’ve not seen this trailer for Endnight Games’ open-world survival horror title The Forest, you’re going to want to spend a minute and a half doing so.

There are new screenshots, viewable below, which show a dead shark, a dead stewardess, and what’s bound to be a dead you. As a stranded survivor of a plane crash, you’ll need to scavenge and set up a defensive structure with traps to fend off against cannibalistic mutants who come out at night to do creepy things. I’m so ready to be creeped out.

The studio is aiming to release an alpha build of The Forest on Steam in the coming months. I don’t usually go for alphas but that rule may be undone by my desire to be genuinely frightened by games. And from everything I’ve seen here, that potential exists.