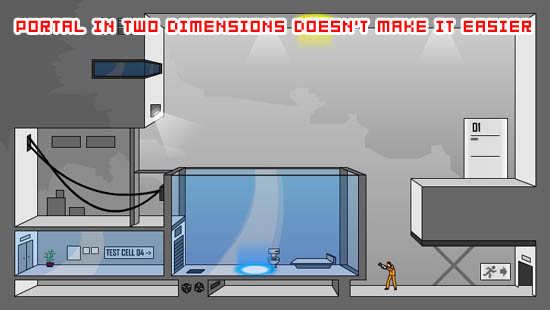 I don’t know why anyone would pass on Valve’s The Orange Box (we hear it’s a pretty good game), but if you have, or you’re a bit broke right now, maybe the absolutely free Portal: The Flash Version will entertain you for a bit.

Actually, it should entertain for more than just “a bit”, as this Flash game has 40+ levels packed in, and some of them are said to be really difficult. The We Create Stuff staff is working on walkthroughs for the harder levels already.

The game includes most of the features of the full-blown game, including energy balls, cubes, turrets, and the famed crusher. A level editor was planned, but didn’t make it into this version. We Create Stuff says that they may release it at a later time.

Fire up your browser and head to Newgrounds to play Portal: The Flash Version now.