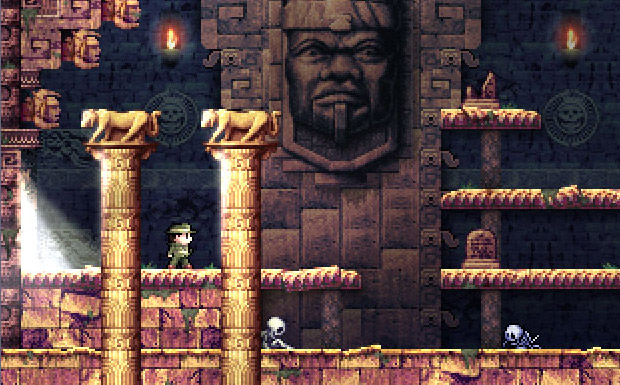 I feel sorry for the team behind the WiiWare version of La-Mulana. It’s tragically still not released in Europe or the United States, and every so often, they issue an apology blog just to remind onlookers that the game hasn’t slipped into that final level of development hell.

“There are several reasons why it has taken longer than we initially expected and I really would like to tell you all about it,” reads the post. “However, we’re in the business of making great games and want to continue doing so for as long as we can.”

“We can say that sometimes making games and the elements surrounding them can be a massive pain in the ass because it’s not all just game development.” La-Mulana is complete, and will see a WiiWare release “no matter what.”

For now, though, work has started on a PC version. Let’s hope getting it out to the public will be much less of a hassle — it should be.