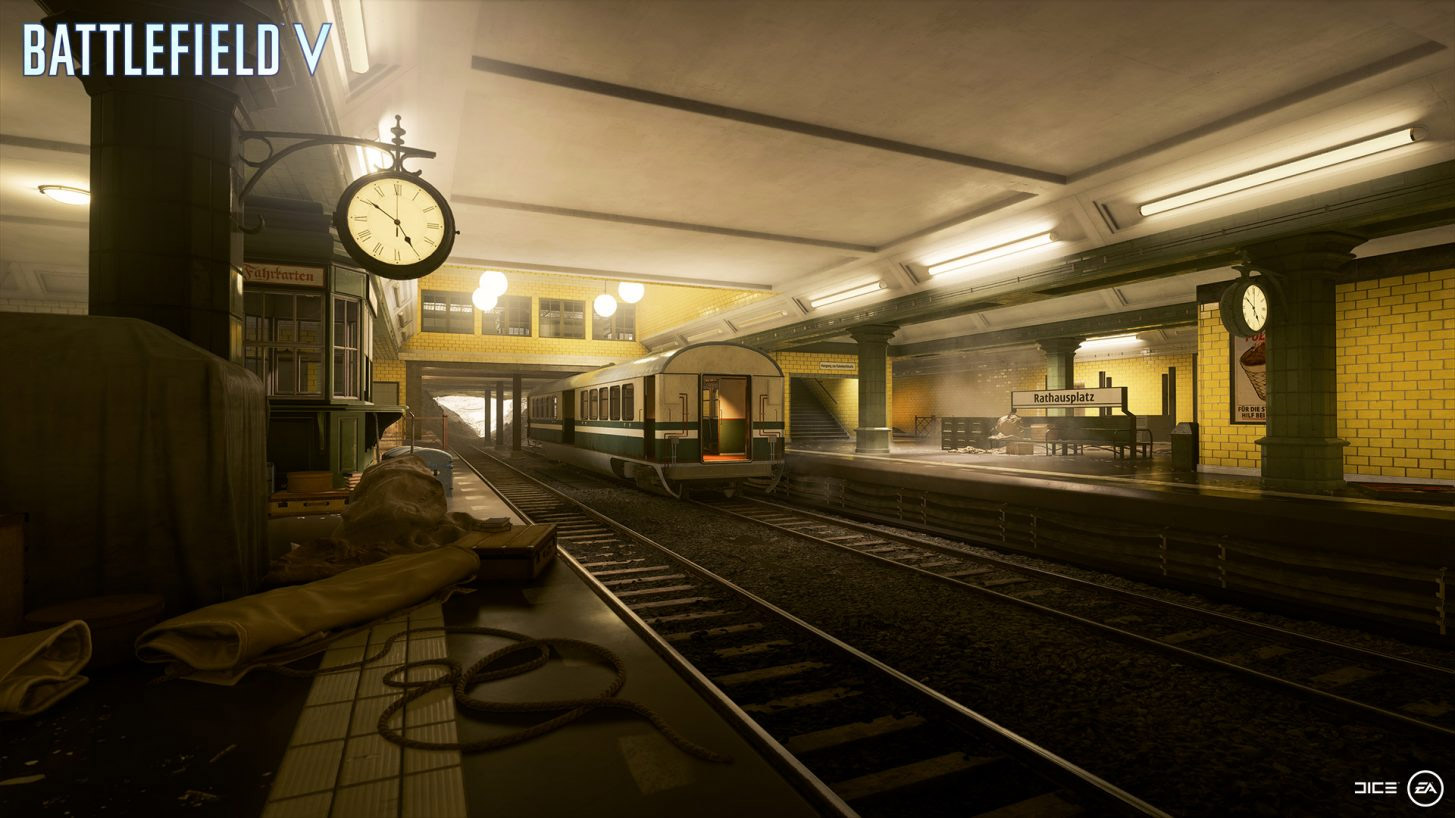 The spirit of Operation Metro lives on

The latest Battlefield V map, Operation Underground, channels Battlefield 3‘s Metro. When it comes to meat grinder situations, I’ve always been the former, not the latter. I don’t do well with choke points!

The map spans a tightly-packed train station, a more breathable plaza, and some sneaky connecting courtyards. It’ll be available in Battlefield V starting Thursday, October 3, and DICE will also have new gear like the Trench Carbine up for grabs each week of this month. We’re still in Chapter 4.

Chapter 5 of the content schedule is the big one: three maps before 2020, including Iwo Jima, and Japan and the U.S. as playable factions. While Battlefield V has meandered at times, I get the distinct feeling that the game will see a surge of new and returning players when the Pacific theater opens.