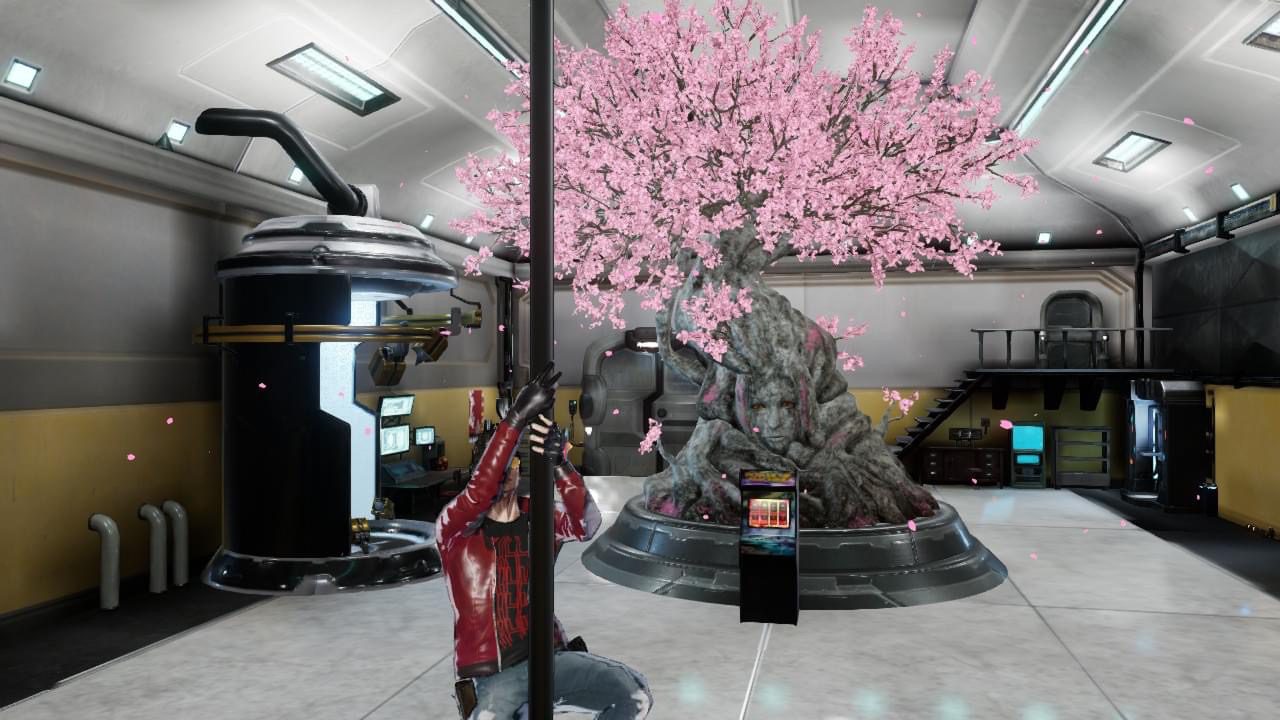 As I was talking about my No More Heroes 3 experience with our own Jonathan Holmes, we reminisced about a few mechanics we totally missed early on. For me it was upgrading. Like…the entire leveling up and upgrade process. For him, it was using items in battle. Oops! We made it through roughly 1/3 of the entire campaign separately missing these core mechanics. Here’s where to find the No More Heroes 3 power up machine upgrade station so you don’t suffer the same fate.

Following the intro you’ll gain control of Travis in the open world, with the No More Heroes motel serving as your base of operations. There’s several entrances here to note. You can access the main floor right in front of the hotel, and Bad Girl’s room to the side on the second floor. Or, you can hop down to the basement from a streetside entrance. Or! You can just go into the motel and use a firepole to slide up and down into all three floors of the hub/base of operations.

Either take the aforementioned street entrance or slide all the way down the pole to access the lab. Here is where you’ll find an arcade machine device, where you’ll get your No More Heroes 3 upgrade on. 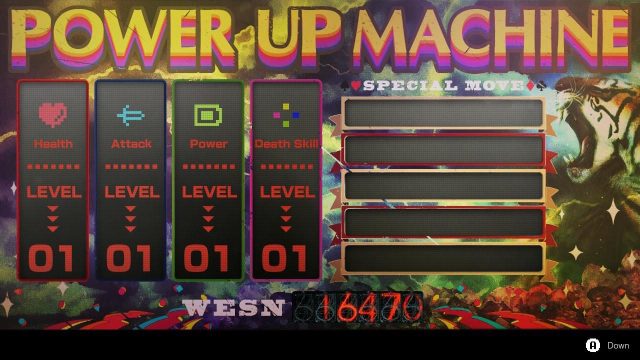 This is what it looks like when you walk up to the fresh machine. It’s literally how you level-up in No More Heroes 3, as you can increase your health, attack, power (battery), and death skill (cooldowns for abilities) ratings.

These function just like experience points in RPGs, using WESN (World’s End Super Nova, aka experience) to bump up those values. You can also unlock special moves, akin to the Devil May Cry series, through spending WESN. 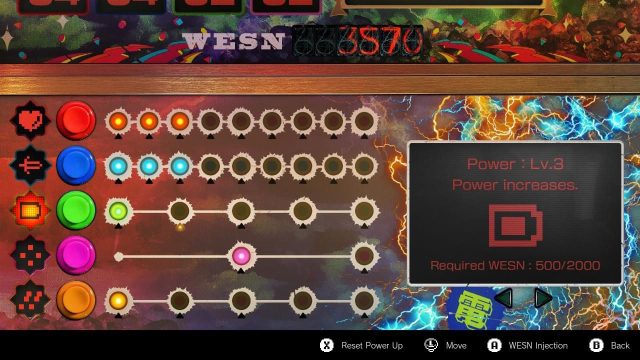 If you look above, we’ve leveled up health and attack power a few times, and the death skill cooldown timer once.

Also note that the chip lab is in the same location. It’s actually directly to the left of the power-up arcade machine and it looks like a PC with multiple monitors. You can craft chips (charms/equipment) here with random materials you earn throughout the game from battles, and equip three at once. Some of the cheap chips have a tradeoff (less light attack damage for more heavy attack damage), some are straight upgrades.

Again, do this early and visit it often! It’s so easy to get wrapped up in sidequests and main story events that you forget that the lab even exists.