Oh, boy. EA has finally come out and announced a European release date for Rock Band, a game that has been out in America since last November. Sadly, that’s about as good as the news is going to get for European gamers; as I like to say when the American Idol champion is crowned, “It’s all downhill from here.” So here we go: Eurogamer has confirmed that Rock Band will be out in Europe on the 23rd of May.

That particular Friday will see the release of the Xbox 360 version of the game — and that’s it. That’s right, folks: Rock Band will be a timed 360 exclusive in Europe; for now, all EA is saying is that PS3, Wii, and PS2 versions will follow sometime “later this summer.” Hm…I wonder if Microsoft had a hand in that. Regardless, the real kick in the nuts comes in the form of the bundling and pricing of the game and its peripherals.

For some reason that is unbeknownst to me, EA won’t give you the full package in one neat little box. That’s the way they did it in America, anyway ($169.99 for the PS3/360 “Rock Band Special Edition”). Across the pond, the “Instrument Edition” — which includes the drums, mic, and guitar only (no word on whether the pack-in guitar is wireless) — will cost you £129.99 / €169.99. Then, if you actually want to, y’know, use those plastic instruments for something other than making noise, you’ll have to shell out an additional £49.99 / €69.99 for the game disc.

Hit the jump for some more (tear-inducing) number crunching, as well as my own musings on this story.

[Update: So much for having something to take solace in — MTV Games has confirmed to Shacknews that the nine European tracks (see the list after the jump) will eventually be made available as DLC for North American Rock Band owners. The post-jump portion of the post has also been updated to reflect this. Woohoo, I’ll be able to get my Muse on!]

If I were you, my European counterparts, I’d take to the streets — V For Vendetta style. I don’t even live in Europe, but I think that this blatant disregard and mistreatment of an entire continental market is outrageous. By May 23rd, not only will you have had to wait over half a year for Rock Band, but you’ll also have to pay twice the cost of the American bundle. 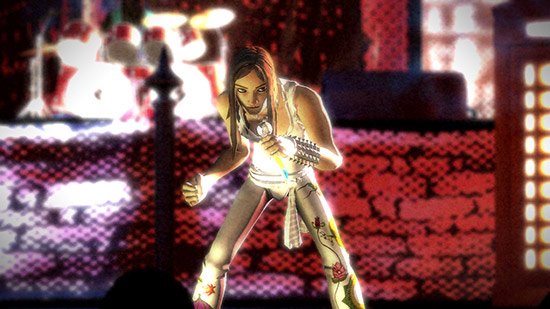 I wonder if EA saw Nintendo and Sony throwing Europe a bone by releasing Mario Kart Wii and Gran Turismo 5 Prologue, respectively, in that region first — and then decided that it was totally okay for them to try and pull these shenanigans. Then again, some of you may take solace in the fact that you’ll be getting nine exclusive bonus tracks geared specifically towards a European audience:

After all, I’d kill to have some Muse songs to play in Rock Band. Frankly, though, I don’t think that a 70-song library for the European version is worth the ridiculous price premium. But when the game launches in Europe, gamers there will have the full contingent of existing North American DLC tracks available for purchase. In addition, all downloadable songs from that point forward will be given to both markets each week. Songs will cost 160 Microsoft Points each — I wonder: will EA not vary the price at all for European DLC songs? 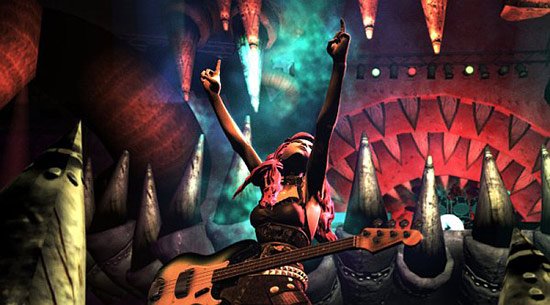 Either way, I still see this as a very poor business decision on EA’s part. The whole setup — a 360-only launch, high price, and inexplicable bundling — appears to be a giant middle finger from EA to Europe. Especially after they region-locked the online play in Army of Two, what else are gamers supposed to interpret this as? Hell, at this absurdly high price point, Rock Band may not even sell all that well in Europe. What do you guys think?