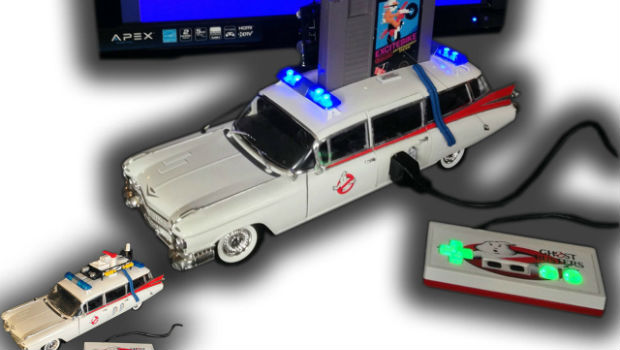 Seller ultimatecustoms1982 has a treat in store for fans of Ghostbusters and the NES console — a combination of the two!

For $425, you can nab an Ecto-1 themed NES, which actually takes the shape of the vehicle. My favorite part though is the controllers, which are not only adorned with the Ghostbusters logo, but also apparently glow green.

The top flips up to accept cartridges, one door is for TV inputs, and the other is for controller supports. It’s a pretty snazzy and unassuming design I must say.