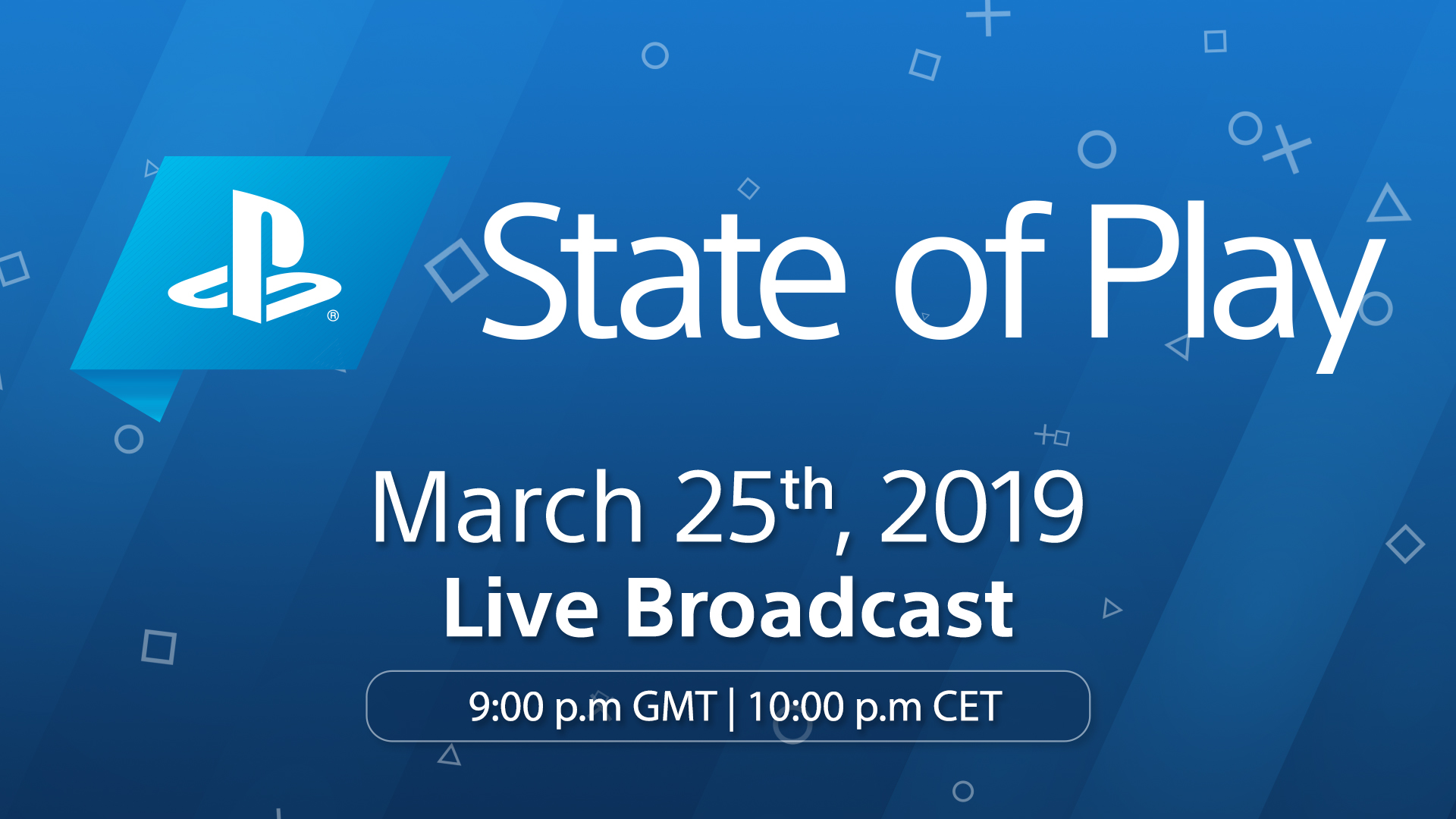 Not to be undone by a string of Nintendo Directs and Nindie Showcases, Sony will host its own Direct-like “State of Play” stream on Monday, March 25. It’ll run at 5PM ET, and will “showcase upcoming PS4 and PS VR software, including new trailers, new game announcements and new gameplay footage.” Oh man! No Vita news?!

Sony notes that this is a “new program,” so you can expect more to follow suit down the road. In all likelihood this is their escape from E3: with Sony forgoing a traditional presser in 2019 at the increasingly shrinking trade show, they’ll probably be running one of these highly calculated scripted things instead.

With all of the memes generated over the years from their various performances, shifting to a highly manufactured, focus-tested stream is inevitable. It is great though that Sony is essentially doing the exact same thing as Nintendo several years later: pulling out of E3 and running directs. Microsoft on the other hand is still planning to “go big” during their E3 presentation.