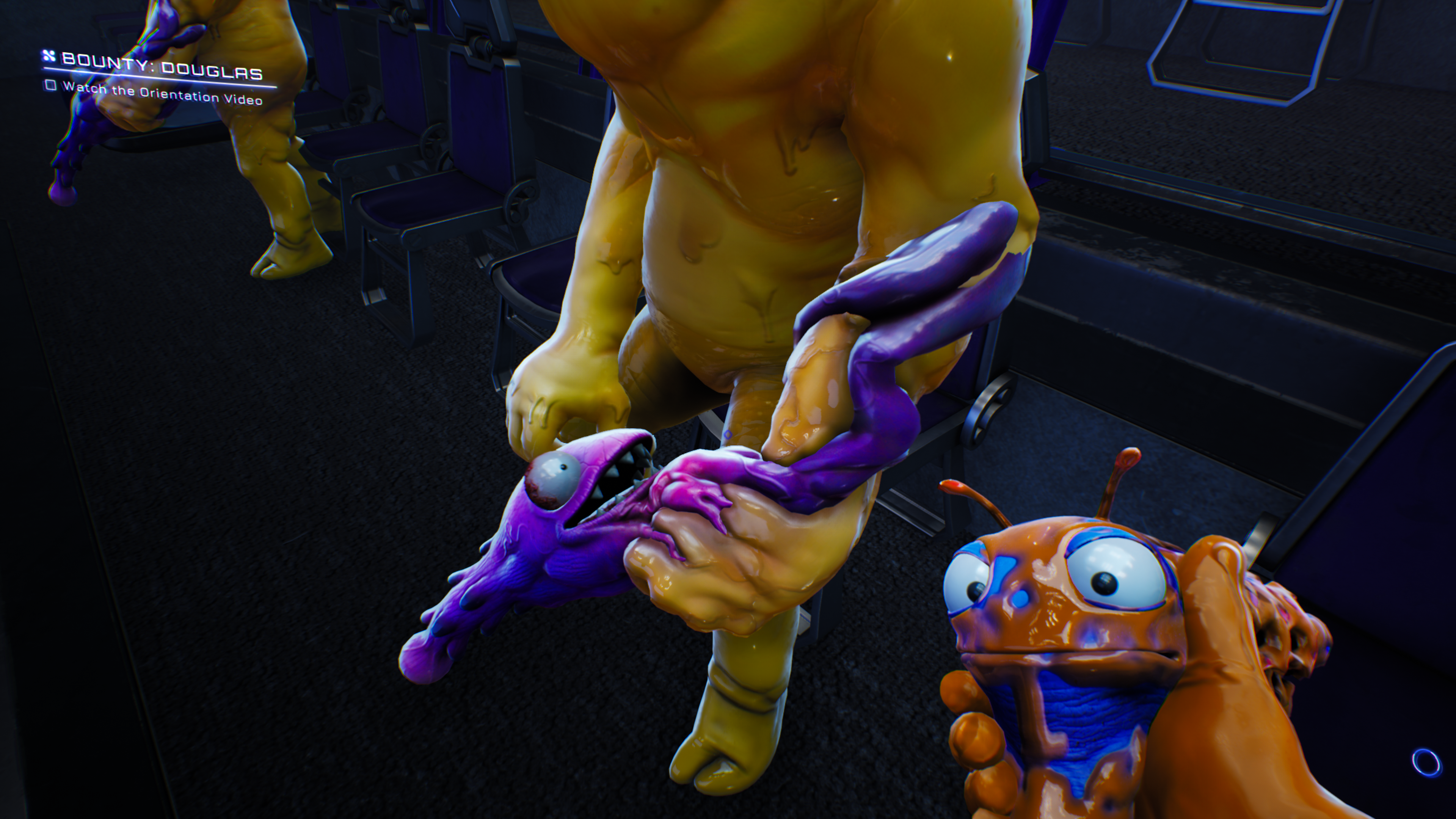 Just like Rick & Morty, High on Life doesn’t mind dipping into absurdist and meta humor every now and then: and the Douglas bounty sequence is one of the best examples. In this portion of the game when chasing down Douglas (one of the big bounties in the game), the player is asked to view a series of movies, filmed in the style of instructional/educational training videos.

One of them asks the players to test their patience by waiting a full hour. While one might expect some combination of an achievement or huge Easter egg as a reward: it’s another one of those meta-moments. You don’t actually get anything for waiting for Douglas to finish, outside of some extra dialogue where he talks to you during the quest, and immediately afterward. The resolution just involves a “broken door that’ll take a week to fix,” and a bit of a chuckle if you’re so inclined.

There is no achievement attached to it either

Although High on Life has several obscure or otherwise out of the way achievements, waiting for Douglas is not one of them. You’re better off just watching it via a YouTube video if you really want the full experience.