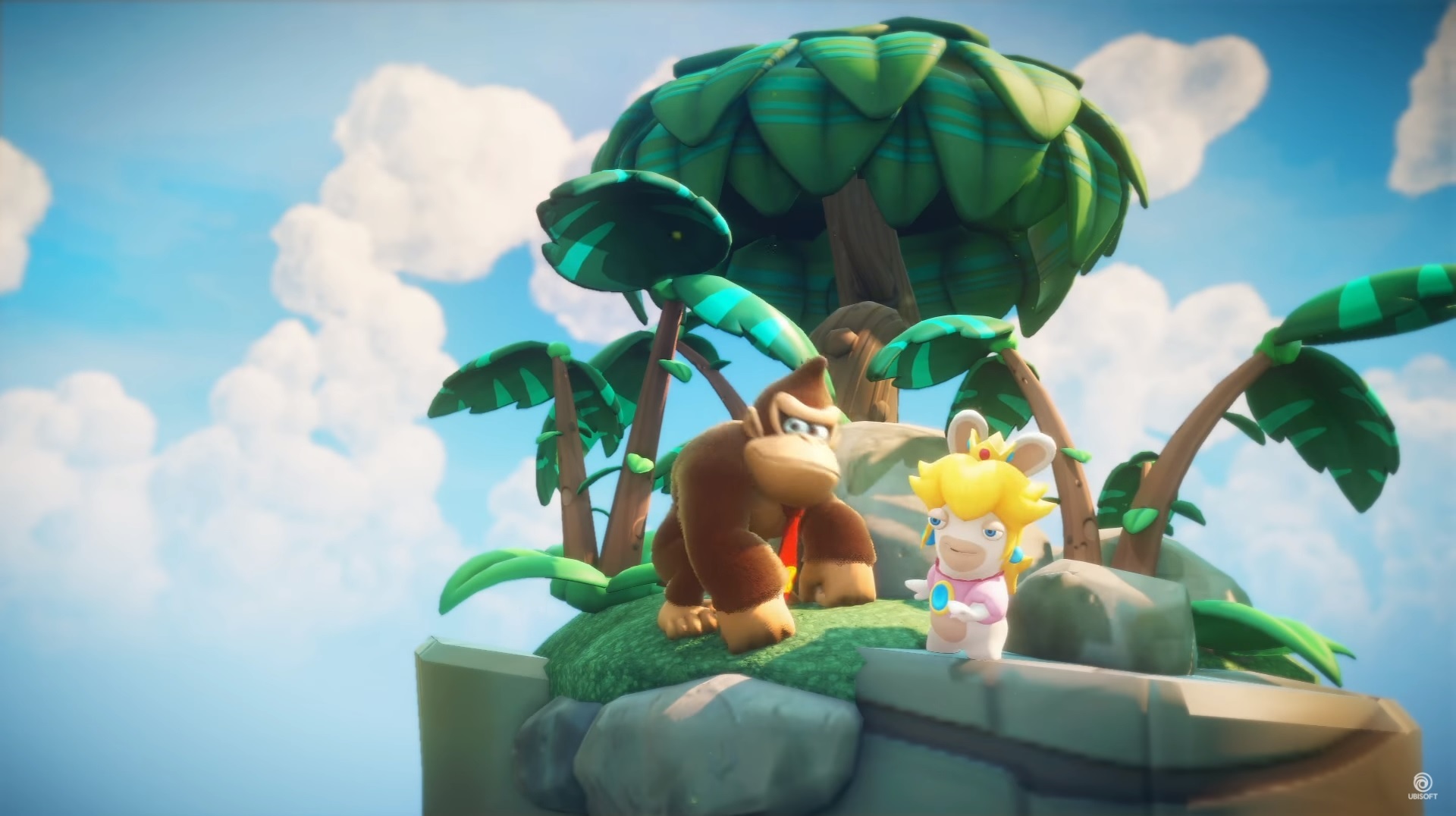 Mario + Rabbids Kingdom Battle is a turn-based strategy game and Donkey Kong has patiently waited his turn. Now it’s his chance to leap into action with his banana boomerangs and Simian Slams.

Today, Ubisoft revealed that there’s going to be some Donkey Kong-themed DLC for Mario + Rabbids Kingdom Battle. In the announcement post, creative director Davide Soliani cites DK’s raw strength and his aloof attitude as ideal traits for involving him in this add-on.

Yeah, that all checks out. It was tough to believe that Nintendo would lend the Mario property to Ubisoft to mix with Rabbids. Once that happened (in surprisingly fantastic fashion, mind you), it became a lot more realistic for other Nintendo properties to make the leap. Donkey Kong seems like a natural fit now that Mario broke down the barriers.

Ubisoft hasn’t yet said much about this expansion apart from the lead role and that it includes “an original story and a new world.” But, it’s not hard to imagine Donkey Kong sitting on the grid, ready to pounce. Maybe he’ll have the DK64 coconut gun or maybe he’ll be able to do his Smash Bros. Konga Beat. Lotta possibilities here.

The Mario + Rabbids: Donkey Kong DLC releases sometime this spring and its price hasn’t yet been announced.