Thanks to a tip from a reader, I was able to log into my Japanese eShop account on Switch and take a gander at the listing for Donkey Kong Country: Tropical Freeze — only to find out that the file size has been posted!

According to the listing the Switch port is 6.6GB, which is roughly half the size of the Wii U original of 11.4GB. Compression ho! Japanese eShop users can pre-load the game now that the size has been posted, and we can only assume that the functionality will make its way across the world over time.

I’m a little nervous about this release, mostly because I don’t want to see the reputation of the incredible original tarnished because people are turned off by the $60 pricepoint of the Switch edition. That’s on Nintendo though. 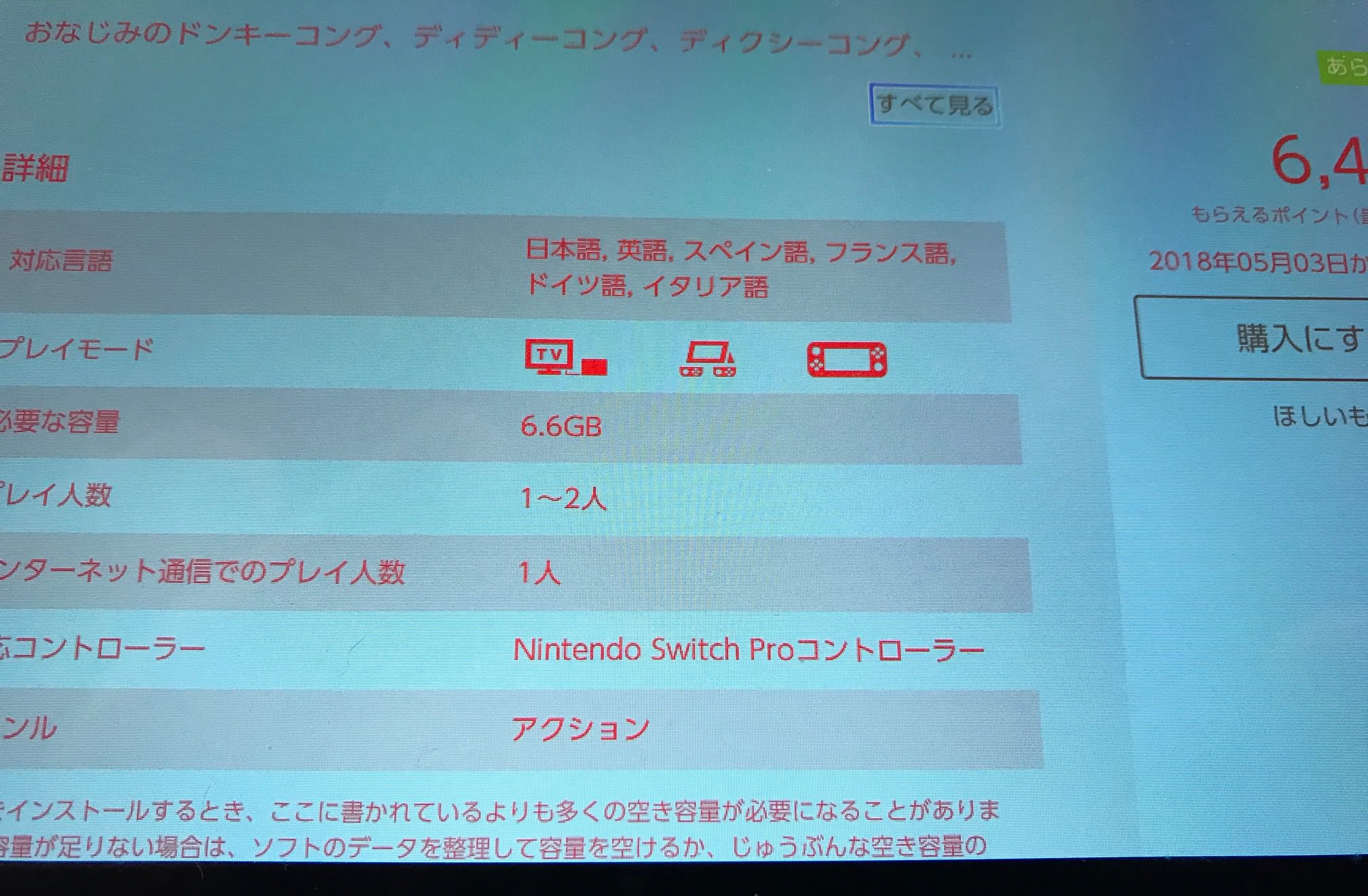