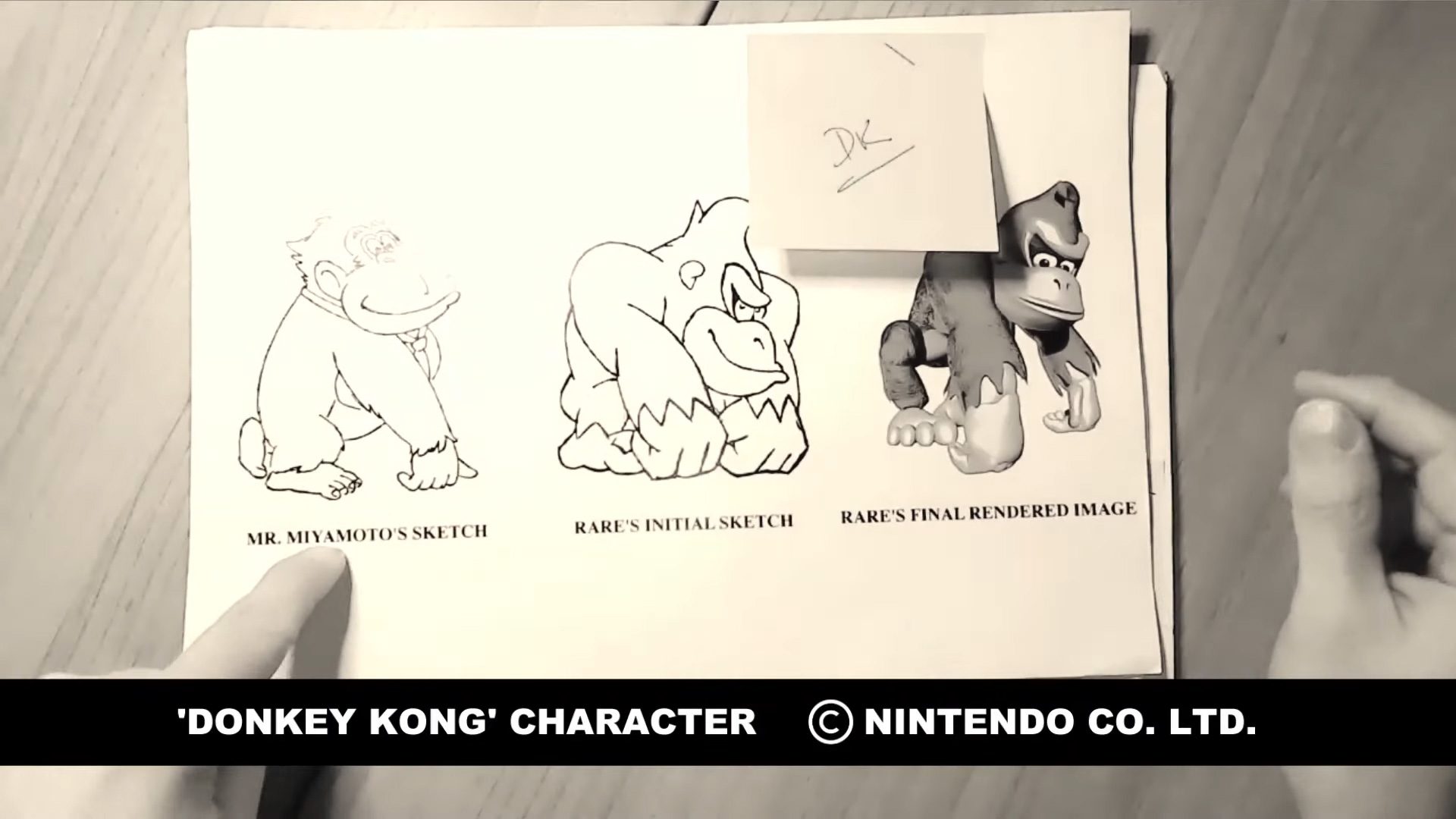 Some ‘rough scribbles’ from the old days at Rare

Aside from my normal rotation of gaming-adjacent YouTube subs that I keep tabs on a few times a week, lately, my feed has been full of anything but modern video games – hardware mods, console restorations, little-known tidbits about my favorite series, wacky lists, and everything in between.

These are some of the “original scribbles which were used as a basis for us to model our 3D graphics for Donkey Kong Country,” he said. “There’s not a lot here, really – it’s just a lot of scribbles – and as I say, they’re very crude, but it was all we needed back in the day before we began modeling our characters.”

“We just needed a couple of sketches so that we could refer to them and say ‘Yeah, we want a frog,’ and then we’d probably consult our natural history books or whatever we had on our desks way before the internet, and we’d look at all the finer details.”

“If you were to present this as concept art nowadays people would just laugh at you,” Bayliss added.

I particularly love the scratched-out names that weren’t used (Rambi the Rhino is presented here as “Rhidocerus”) and the “meaner,” more Battletoads-esque variations that were considered. He also showed off a “Slippas” snake enemy that could stun the Kongs and an early look at the Kremlings.

As for DK himself, Bayliss said that the character’s proportions were meant to “work better as a platformer rather than a villain at the top of the screen,” hence the more “boxy” and “compact” redesign.

It’s fascinating to see the original fax that “came over from Nintendo” compared to Bayliss’ sketches.