I’d have it no other way

Before each episode of Hardline, Destructoid’s videogame news podcast, the cast always takes a few minutes to chat while our producer sets the show up. This week, Jordan mentioned that he’d been thinking about Donkey Kong 64 a lot lately, a game that he liked more than most others. The statement struck me as odd; Donkey Kong 64 has always been an absolute gem in my eyes.

“What do you mean? Do people not remember that game fondly?” I asked. Jordan replied “Not necessarily. A lot of people on the Internet think there was too much collecting.” It had never clicked before, but Donkey Kong 64 very well may have been where I learned to love collectibles, and it may also be the game that molded me as a gamer. 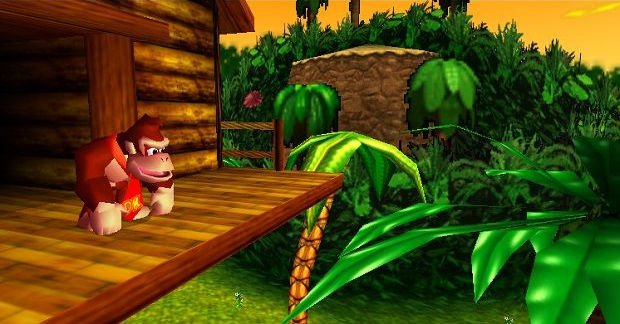 Donkey Kong 64 certainly wasn’t the first game I ever played that put some sort of emphasis on collecting. That honor may be bestowed to either Legend of Zelda: A Link to the Past, or Link’s Awakening. Hell, even Pokemon Blue, which is a year older in the US than DK 64, could have instilled that mindset. Yet, it was the way that the titular 64-bit monkey was introduced to my life that made him particularly formative.

It was holiday season in 1999. I had wanted a Nintendo 64 for years. Many of my friends had the console, and we’d play it any chance we had at each of their houses. But, I wanted one for myself. I wanted to be able to play the likes of GoldenEye, Ocarina of Time, and Tony Hawk on my own time. I thought my odds were high since Nintendo recently bundled Donkey Kong 64 with the console at a pretty reasonable price.

I was right. That Christmas morning, I opened a relatively large present, and staring back at me was Donkey Kong and his crew next to a translucent green Nintendo 64. I was beside myself. I wasn’t quite Nintendo 64 Kid levels of excited, but I was definitely a happy camper. 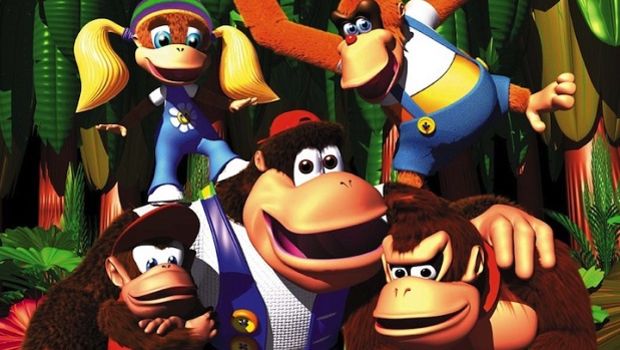 After all the less important gifts had been unwrapped, I made my way to the living room television and started setting up. That wasn’t much of a chore; things were easy enough even back then. After snapping in the included expansion pack (Donkey Kong 64 was one of three Nintendo 64 games that required 4 MB additional RAM; the other two were Perfect Dark and Majora’s Mask), it was time to begin the game that I think had decades-long ramifications on my life.

However, besting Donkey Kong 64 can be a tedious process. To truly conquer it, there’s a lot that needs to be done. There are 201 golden bananas to obtain, along with other collectibles like regular bananas, banana fairies, banana coins, banana medals — they really kind of beat you over the head with that whole banana theme. Making the process even more arduous, every level had to be completed with each of the five characters, effectively quintupling the length of the game.

To this day, I don’t think any of this would have had much initial appeal to me if it weren’t for one thing — that damn percentage completion counter. I loved watching it inch closer to 100 percent with every optional objective ticked off. It wasn’t an immediate fascination with collectibles that drew me in; it was a completionist mentality that suddenly depended on this playstyle.

Eventually, the pieces started coming together to paint the broad strokes of a complete picture. Individual successes strung together to become mini victories that I reveled in — like completing a level with one character, knowing that was done forever. Finishing areas with all five felt monumental. Every time I’d boot up the game, I was met with the DK Rap and a slightly higher completion percentage. It kept me pushing on.

The thing about collectibles is that they’re never really remarkable in a grandiose way. There’s never a seminal moment that you can point to and say “now THAT was really cool.” It’s a slow burn, a series of short, rather dull instances that add up to a greater sense of accomplishment. I don’t know why, but that grind fuels me.

It should go without saying by now, but yes, I did 101 percent Donkey Kong 64. But, that’s not really the sticking point. It laid the groundwork for future experiences like collecting all the flags in Assassin’s Creed and nabbing all the orbs in Crackdown 2. Those are two extreme examples — many more reasonable titles litter the path throughout the years — but nonetheless, examples that I enjoyed through and through.

Perhaps Donkey Kong 64 had too many collectibles for some people. For me, it was the perfect amount.