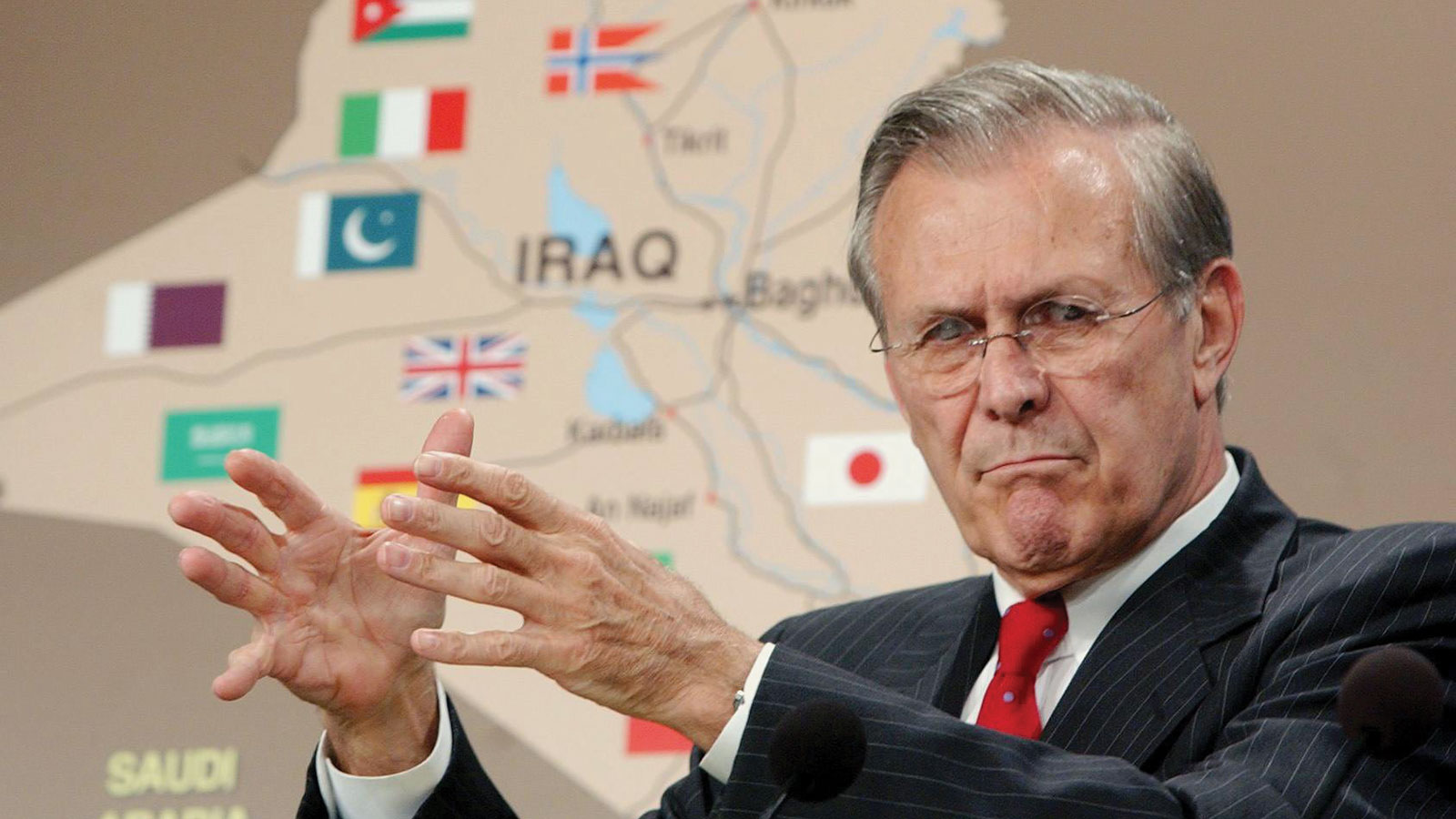 Probably not the worst thing he has done

“I’m not into this detail stuff. I’m more concepty,” is a real thing Donald Rumsfeld once said, and that was before he was a hotshot game designer. Rumsfeld is mostly known for having been part of three Republican administrations in the United States. Now the 83-year-old can add game designer to his resume with the release of Churchill Solitaire, a free-to-play solitaire title with various microtransactions on offer.

Churchill Solitaire starts with a montage of Winston Churchill, the famed British Prime Minister, pacing and smoking spliced between clips of tanks and boats on their way to battle in World War II. A strange way to start a solitaire game for sure, but I guess it makes sense, right? Because the strategies of card games can be equated to the strategies of war, at least if the card game you’re playing is Hearthstone. Apparently Churchill played this version of solitaire during WWII to improve his strategic thinking.

Unlike what Churchill played when he was alive, Churchill Solitaire is ripe with microtransactions. If you get stuck, you can pay to buy hints or undos at 15 for $0.99, and if you want to play more than a randomly selected dealing, you’re going to be putting down another buck to access 25 different deals. Deals, meaning, a set shuffling and dealing of the cards for you to attempt to solve. There are 200 deals on offer, though for $4.99 you can unlock all the deals as well as a randomized deal mode.

Rumsfeld says players should make liberal use of the hint button, but encourages self-control when using the undo button: “There are damn few undos in life, but there are hints.”

Before you get too upset, Rumsfeld does note that his profits from the game will go to charity, though it is unclear if that means all profits, or which charities that will be supported. Personally, I just want to know whether or not he is a lizard person.