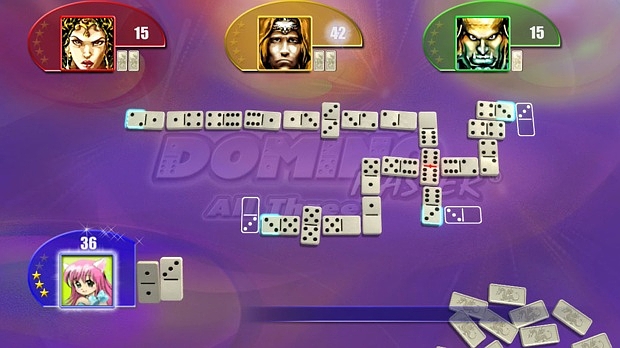 Hang on to your butts, Domino Master fans. TikGames — the developer of Domino Master and co-creations of other downloadable arcade titles such as Cuboid and Magic Ball — dropped a blockbuster title update for your favorite game on April 18.

And I do mean blockbuster, folks. If you’re anything like me, you’re tired of receiving the boot after every player match. It’s annoying because you know that you’re going to just restart the match with the same parameters and with the same friend. Well, no more. Two days ago, TikGames killed that booting system and elected for a more convenient one that allows you to progress from game to game without the need for messy lobbies and invites.

If that’s enough to get you pumped about Domino Master again, here’s another major announcement. Two new game themes (Hip Hop and Winter) are up and available on Xbox LIVE Marketplace for 160 Microsoft Space Dollars. Not bad.