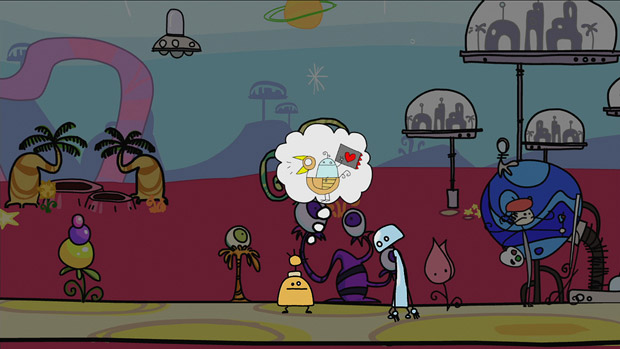 A robot’s quest for humanity

Ever since I learned that ToeJam & Earl creator Greg Johnson was attached to Doki-Doki Universe, I’ve been watching it closely, unsure if the game would end up being for me but willing to give it a chance to make that case. Ultimately, it may not be. I’ll know soon enough — it’s out for PS3, PS4, and PS Vita in December 2013.

“Despite its simple nature, you will find that Doki-Doki Universe offers a surprisingly huge Universe of content to explore, and it is built on top of a pretty complex simulation engine,” writes Johnson. “One of our primary goals in this game was to try and offer what feels like a living Universe, and to give players a lot of freedom to interact in whatever order they want.”

That may just be the hook that draws me in.