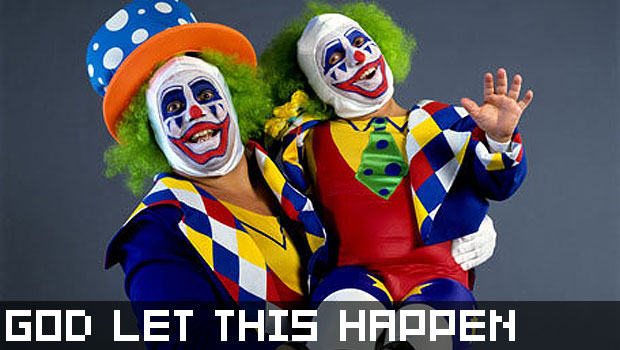 THQ has just announced that a new batch of downloadable content is available for WWE Smackdown vs. Raw 2009 on both PlayStation 3 and Xbox 360. Fans of early-90’s wrestling should pay close attention…

The pack will cost $4.99 (or 400 MS Points on Xbox 360) and will include: Bushwacker Butch, Bushwacker Luke, Doink the Clown, Earthquake, and Vader. Yeah, that’s right… Doink the freakin’ Clown.