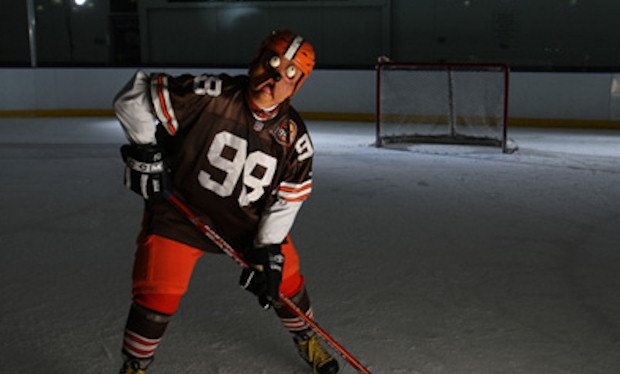 Cleveland Browns fan John Thompson is known for representing his beloved football team by wearing a terrifying bulb-eyed dog mask. You’d think the man would be happy to appear in the front cover of Madden NFL 09, and maybe he is, but someone’s obviously told him he could make money by taking EA to court over using his likeness without permission.

John “Big Dawg” Thompson wants over $25,000 from Electronic Arts, as well as an injunction to stop the publisher using his “face” in future games. He is one of several plaintiffs filing suit against the company at the moment, with a former football player joining in the fun, along with the boxer licensing group we discussed a few weeks ago.

I sometimes wonder if EA spends more time in court than in development.