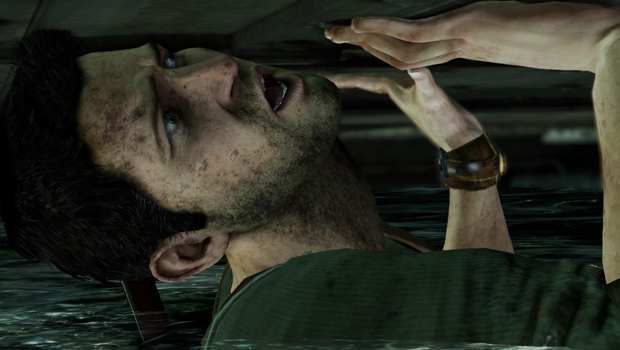 Our very own Jordan Devore linked to this thread on NeoGAF last night, which is full to the brim with commentary about Uncharted 3: Drake’s Deception and the recently released reviews. Now, we had Chad Concelmo review the game because he knows the series very well and knocked it out of the park. Also — Uncharted fans are a special breed of horrific.

I knew from past occurrences that they could be nuts, but the fervor surrounding Uncharted 3‘s reviews — a game none of these people have played — is terrifying. For example, here are a few comments concerning Eurogamer’s 8/10 review:

Wow, EG. How disappointing. When EDGE can give it a 9, how the hell did you think it was an 8? They are doing this to stand out.

Amazing what Eurogamer’s 8 did to drag down the overall metascore.

Eurogamer is angry because this master game competes with one of the few AAA made by domestic failing UK game industry (Batman AC).

Conjecture, accusations and armchair psychology? Oh, those are mere Hors d’oeuvres! Here are some more reactions to Eurogamer and others that one would be tempted to laugh at if they weren’t so scary.

I can’t believe those mutherfuckers had the nerve to give Uncharted 3 an 8. Fucking trolls.

ya, an 8 is beyond pathetic and just a lame attempt at getting some extra hits.

people who dislike the Uncharted series have poor taste. It’s a mark against their character.

I don’t put much stock in review scores, but generally the highest confidence measure I’ve found of a game’s greatness is when IGN gives it a perfect 10. Obviously this leaves out tons of good games that I would consider 10s, but the false positive rate is basically 0. If IGN gives a game a perfect 10, it’s basically a masterpiece.

IGN giving perfect marks for EVERY SINGLE COMPONENT of the game though…that just brings a tear to my eye.

I really hope we see a few more 10 out of 10s. I really want to see it on top this year on metacritic.

In the end, the sites that actually matter have not let us down.

eurogamer you piece of shit!!

if Uncharted 3 is objectively better than Uncharted 2, yet gets lower scores, then we have a situation on our hands..

If your reviews constantly differ from rest of the community, then you are simply not fit for the job.

That’s just a selection of the scary insanity demonstrated. These and way more were collected by this guy right here. There’s even one where somebody seems to be celebrating that Destructoid’s review was written by Chad (unless there’s another “fat fuck” reviewer out there). I am fairly certain the guy isn’t a Destructoid fan — so why does he care what our review says?

Review controversies are nothing new. We’ve had them for Gears of War 3 and Batman: Arkham City in just this quarter of the year. Even so, there’s an alarming number of people who seem emotionally invested in what sites they don’t even read are giving a game they’ve not even played. I can’t quite work out how Uncharted — a series that’s never struck me as anything truly exceptional — has such a grasp over the emotional wellbeing of gamers. Why have all these people latched onto the series and now see it as some defining part of their identity? Even Sonic fans are more sensible than this.

We get this every time a new Uncharted game comes out and I just don’t get it. I don’t think I can imagine being so bereft of anything worth living for that I am reduced to incessantly refreshing a Metacritic page and feeling abject relief a game I think I am going to like is getting nothing but perfect tens.

I mean … that is fucked up right?