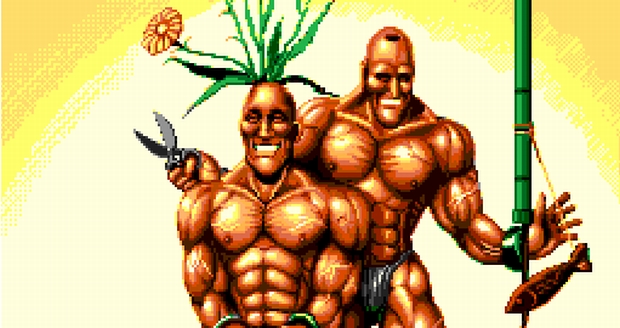 Last week, I recorded a rant in which I argued that gay characters have not been particularly well-represented in videogames. The subsequent discussion, while remarkably civil, included many variations of an argument I had not considered before: that explanations of sexual orientation of any kind should have no part in videogames to begin with.

“I don’t know why a characters [sic] sexuality often even needs to be mentioned at all,” commenter kefkaesque argued. “Sure everyone assumes Master Chief is straight because of how manly he is and because of the games he’s in, but it’s not like he ever goes around telling random characters HEY GUESS WHAT, I LIKE VAGINA.”

While I can respect kefkaesque’s point, I also completely disagree with it. Sexual orientation, especially in regard to narrative-driven games, is an important, honest, and useful aspect of characterization that can and should be explored whenever possible.

Hit the jump if you wanna know why.

Firstly, I’m not arguing that every single video game character in existence needs to be clearly defined as either straight, gay, or bisexual. Some games simply do not focus on story or characterization, and thus don’t really need to discuss human sexuality any more than they would the difficulties of getting a mortgage. I don’t really need to know whom Pac-Man or Luigi or the pilot from Ikaruga sexually desire, because that’s got absolutely nothing to do with my overall experience in those games (though it helps to know that Mario likes women because then I know why I’m trying to beat Bowser).

The sorts of characters I’m going to discuss here, and previously talked about in the Rev Rant, are those characters who exist in primarily narrative-driven games: games that, while providing entertaining, interactive situations, rely on a story of some sort to drive that gameplay forward. Games like Uncharted, Metal Gear Solid, Halo, Half-Life 2 — you name it. These games include characters that we, as the player-slash-audience, are meant to partially understand and, ideally, care about.

Any creative writing instructor will tell you that in order to figure out who a person is and why the audience should care about them, we need to know what they want. What they wish to be, what sort of life they’d like to live. By seeing their desires, and then watching them act on those desires, we gain a greater understanding of who they are and are thus in a better position to give a shit about them.

And more often than not, that means finding out exactly what type of person they want to have sex with.

Not as a sole means of characterization, of course — that’s how you get shallow or stereotypical supporting female characters who exist only to fawn over the male lead, or vice versa — but as one of many methods of examining a person from as many angles as possible. Sex isn’t the only thing that matters in characterization, but it’s pretty important. Every single person on the planet wants sex and love, and the specific types of sex and love they desire can tell us a lot about them.

This is why we like Nathan Drake. This is why we like Solid Snake. We don’t define these guys solely by what they want to put their penises into, but it certainly helps our understanding of them. Nathan’s dealings with Elena Fisher, especially in Uncharted 2, contextualize most of his actions — we see how much he relies on her and how far he’s willing to go for her sake, and the conversations he has with both her and Chloe are a heck of a lot more entertaining thanks to the sexual, quasi-flirtatious undertones. Same thing with Snake and Meryl in MGS1, as abrupt and awkwardly-handled as their love story was (though it did thankfully lead to a much more bittersweet, adult treatment of their relationship in MGS4).

This is also why I find it so difficult to care about Master Chief on a purely human level. Yes, I can admire what he represents to the story of the Halo universe and how cool his abilities are, but he never feels like a real person to me; his priorities are limited almost solely to stopping the baddies and saving the day, and I’m never allowed to see him in any other real context.

Not that this is an inherently bad thing. The whole minimalist characterization thing avoids all the pitfalls of having a character who wants or feels something the player does not (Prototype, inFamous). But it doesn’t really work for Master Chief, who speaks with a voice which is not mine and says things I would not say, and who often appears in cut scenes doing things I would not do. He is a character — he is not me — and as such should feel like a believable human being.*

The funny thing is, I literally never heard the argument that sexual orientation should not be approached in videogames before doing my Rev Rant. I’ve never spoken to anyone who, upon finishing God of War, complained that Kratos was written as a heterosexual. I’ve never heard of anyone arguing that Cloud should have never had any romantic feelings of any sort for either Aeris or Tifa. Sexuality in games only becomes an issue that shouldn’t be fully discussed when the sexuality in question differs from the norm, and that’s disingenuous.

The characters I really, really care about, in videogames or otherwise, do not exist in a vaccuum. They want safety, freedom, happiness, victory, and, at the end of the day, an orgasm. It’s not outright impossible to craft an interesting character without approaching their sexuality (if I remember correctly, Jade from Beyond Good and Evil never shows an inclination in one direction or the other), but why ignore a simple, universal aspect of the human condition?

*The whole minimalist characterization things almost only works in first-person games like Half-Life, where the player effectively is the protagonist, or third-person games like Shadow of the Colossus, which has such a minimalist story that you may as well be making up Wander’s character as you go along.

Though even as I say that, I realize that both of these non-characters still have potentially sexual dimensions; the way Alyx Vance relates to Gordon, it is very difficult not to see some sort of romantic chemistry between the two, just as it’s hard to imagine that Wander wasn’t so in love with Whatsherface that he’s willing to kill 16 giants to resurrect her.