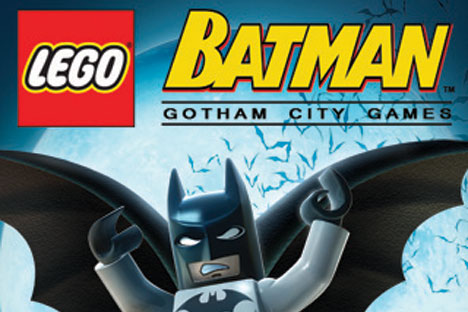 It’s unheard of in the videogame industry, but I don’t have an iPhone. I can’t go to an industry event without seeing at least 57 of them; maybe I’m doing something wrong.

I’ve been toying with the idea of picking up an iPod Touch, Apple’s non-phone portable media device, just so I could play some the games. Hell, we’re giving away Spore Origins, and Konami just announced a new Metal Gear for Apple’s platform. Now today, Warner Bros. has revealed LEGO Batman: Gotham City Games is now available for a limited “holiday price” of $5.99. How much longer can I resist?

But not so fast — Gotham City games is just a collection of LEGO Batman-themed mini-games. You’ve got the Batarang Skill Shot, the Batwing Pursuit, Bane Boxing, and The Riddler’s Maze … so this isn’t exactly what you might expect.

Still, they all look like fun diversions, something you might be able to just pick up and play when you’re waiting in a long line or doing your business (read: on the toilet). And for just under six bucks, maybe it’s worth it.

Has anyone played LEGO Batman: Gotham City Games, and is it worth it even at the special holiday pricing?