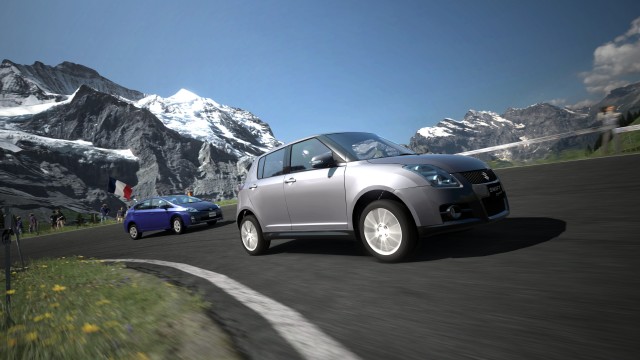 Don’t have family? Don’t live in the U.S.? Not eating food right now? And does GT5 take too long to load in certain conditions? Then try disconnecting from PSN. Polyphony has put up a notice on the Gran Turismo site that recommends that you “temporarily play GT5 without connecting the PlayStation 3 (PS3) to the network.”

Why, you might ask? In a Eurogamer interview, Kazunori Yamauchi said: “Yesterday the online service was kind of in a critical state. The data centre was set up to handle 500,000 connections but the number of connections we received greatly exceeded that amount and there was a high chance of experiencing problems as a result.”

He also says that because the design integrates the online parts in the offline modes, any online issues translate to offline gameplay. The solution? “Right now we’ve changed the number of simultaneous connections that are possible to one million, doubling the number, and we’re trying to gauge what will happen, but we don’t know at this point in time.”

One million simultaneous connections doesn’t sound like a lot for a highly anticipated game that took forever to get released, but maybe that’s just me. Because a lot of people are eating dinner or maybe having their first leftovers in the U.S. right now, things could be relatively fine at the moment. If they’re not, you know what to do for now.