Laurie Penney over at The Guardian wrote a piece about FarmVille. She shares her thoughts on the popular Zynga game and comes up with things like:

“Farming games tap into a powerful collective wish-fulfilment fantasy: the fantasy of running your own life rather than being a peasant in the neo-feudal hierarchy of corporate serfdom. The precarity and anxiety of modern labour conditions have become more acute during the financial crises of the past two years, and this is precisely the timeframe in which the craze for these online games took off.”

That might be the dumbest thing I have read all day. Read on to see me rant on why I think it is so dumb.

The advent of social games and the popularity of FarmVille in particular has nothing to do with the financial crisis and its effects on economies all over the world. It’s more about companies like Zynga who started to use Facebook as a platform with a giant userbase, which turned made microtransactions a profitable business strategy for games on Facebook. And about cloud-computing maturing to the level where you can run games like these in your browser without needing the servers to run them yourself; Zynga uses Amazon’s cloud-computing infrastructure for instance.

Although that’s just the business side of things, social games work because of their social element and because they are easy to get into. They don’t just use social networks as a driving viral force to create new players (although about 33% of new players are created through viral feeds) but they use social relationships as an inherent element of design. FarmVille just happened to be the first hugely successful game to do this.

For example, gifting to friends leads to reciprocal actions. Offering a lost cow in FarmVille or a dolphin in Treasure Isle, helping out a friend by fertilizing his or her farm, or directly sending them gifts does two things. It generally makes your friends who actually play these games feel grateful and more likely to return fhe favor. In fact, most social games are designed to facilitate gifting and prompt you to return a gift if you accept one. It also results in them clicking that link and going back to the game, where they might perform actions that starts this whole process all over again. 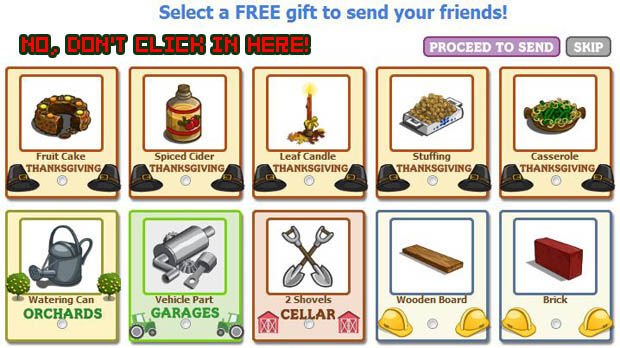 None of these elements that make up any successful social game with a farming theme has anything to do with farming itself. The farming theme is just something that looks cute while at its heart it’s just a graphical layer for a distilled turn-based management game. Laurie Penney thinks that: “The bitter irony, of course, is that FarmVille itself is a neo-feudal state, where rich virtual landowners exploit the free labour of virtual farmhands to make real profits.”

First of all: no. Just no. If there was any kind of feudal system in place in FarmVille, it would require the highest level players to have their friends do their work for them while they profit from it by doing nothing themselves. They don’t, because they are tied to the same principles that strengthen any player’s ties to the game. If you are that guy with the biggest farm and you stop helping out your friends, you can count on it that they won’t bother to help you out in return. If you call Zynga the exploiting landowner, then that’s just stupid. People playing these games has nothing to do with a desire to own land which they feel they can’t do in the real world. Linking a lack of ownership in the corporate global economic system to people escaping to Facebook games is equally non-sensical.

If there is any exploiting going on, then it’s how social games exploit the same principles from social psychology that marketeers have used for over a century. Make others feel obliged to do something for you in return, seeing your friend — whose taste in games you trust — play something you didn’t know about, or feel reinforced in the feeling that the game you are playing is socially accepted because all your friends also started to play it after you invited them.

Farming games are a hype that is already losing ground. Tycoon-style games are the next hype in progress. Does that mean a popular Tycoon social game reflects a trend in societal desires to be successful industrialists? Give me a break. Success in the social gaming world comes down to what theme is “hot” and which game is designed around these social elements in the best way in order to create the biggest amount of players. Even if you are the first to come up with a new theme that becomes popular, if you don’t have the much needed consistent DAUs (Daily Active Users – an incidation of success) then you’re not likely to last.

There are a ton of reasons why people play social games. A recent social game studies workshop report explains most of them if you are interested; it’s an interesting read. Whether people play these games because they are bored at work, to cope with real life issues like you can do with any game, or because the viral and reciprocal elements compel them to keep going back to it, it definitely has nothing to do with what type or genre game they are playing. 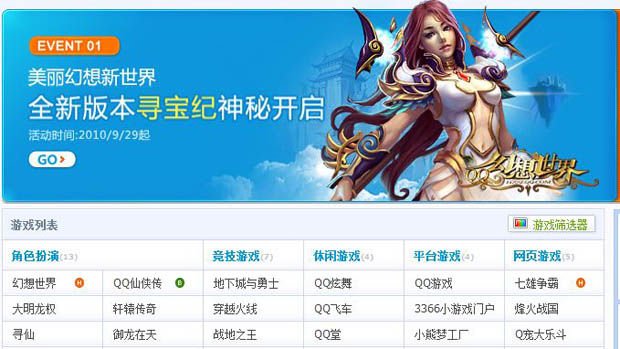 Now a lot of “traditional” gamers scoff at the mere idea of playing a social game. That’s cool, nobody is forcing you to play them and you can try to ignore those feeds on Facebook. But even if you hate them, social games do give us something in the long run. The way they can continuously experiment with new gameplay elements to see what works and what doesn’t, is something you can’t easily do in a $50 million budgeted AAA game. Over time, some of these social games might find some really cool gameplay designs that would fit a more traditional PC or console game. The same thing holds true for mobile games and indie games: change doesn’t have to be bad at all.

At the same time, “casual” social games grab an entirely new audience (yes, your mom) who tend to be more receptive to more sophisticated games afterwards. In China, you can already see companies using this as a strategy. New players start out with casual games and some of them move on to slightly more sophisticated ones. A percentage of those players who started out with the most simple games end up moving on to RPG-lite social games. All of this is happening right now and only took a couple of years to set in motion. Perhaps in five to ten years, your family will know what the hell you’re talking about when you mention what’s so cool about that new RPG you are playing. Is that a bad thing?

That’s not to say that everything about social games is great and we should have no concerns at all. A lot of these games are just not very fun and they die off quickly. How many of you got bored of FarmVille after trying it out for a day or so? Then there is the whole problem with every investor and publisher jumping on social games as if it is some El Dorado of revenue. Zynga being valued higher than EA, or EA laying off people while buying Playfish, are examples of that. Yes, some of these games sometimes seem to print money and yes, it’s ok to jump on that market to create the income you need If it means you can afford to create new IPs and interesting new games that might fail in terms of sales, I can live with that. 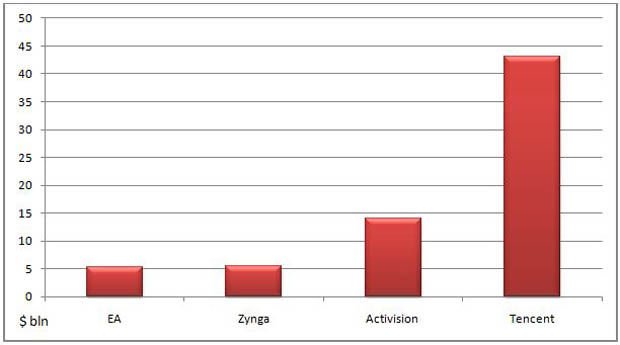 But the way everyone seems to be jumping on the social games bandwagon feels eerily similar to the way everyone jumped on the Internet bandwagon in the late 90s, or the housing market after the Internet bubble burst. At least the money generated by social game companies is actually based on real (if virtual) sales instead of mere hype or speculation this time around. But does that make Zynga worth $5.51 billion?

Chinese company Tencent QQ is valued at $43 billion, but they diversify their casual and social games in complexity to keep new players on their platform. And they own QQ.com — the 9th most popular website in the world — which comes with its usual instant messenger and all that jazz; think a Chinese version of Yahoo. Zynga might be a big player now — and they struck a deal with Yahoo the other day — but if they don’t change things up in terms of diversifying their games, instead of continuously copying the same template, I wouldn’t bet my pension on them.

If you are going to hate on FarmVille or what it represents, then please at least be mindful of the context. Don’t go throwing around words like “neo-feudal hierarchy of corporate serfdom” just to wow people and to scare them with some impending doom you may see represented by social games that happen to be about farming. Doing so almost lowers you to the level of those academics who claim that a single violent game that elicits relative short-term aggression effects in a laboratory setting means that all teenagers will become homocidal maniacs.

And if you’re really feeling that strongly about the ills of the modern global capitalist system at large, FarmVille should be the last place to start complaning about.

[The Guardian via Rock, Paper Shotgun]