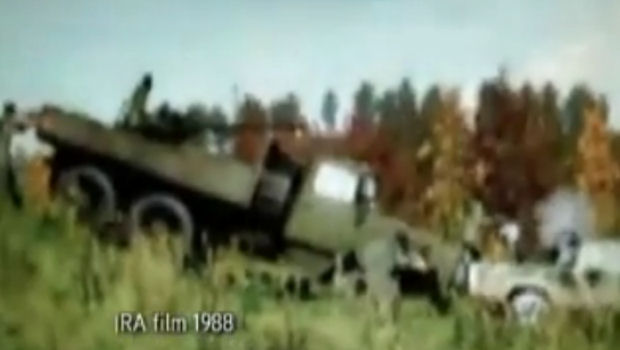 Just recently, a British media outlet claimed that gamers cannot tell reality from fantasy. Well, it appears the British media can’t do it either, as a recent documentary about Colonel Muammar Gaddafi seems to testify.

The above clip purports to show footage of a helicopter being shot down with weapons supplied by the Gadaffi to the IRA. The only problem is that the footage doesn’t show that at all. It doesn’t even show a real helicopter. It’s footage from the PC game ArmA 2.

The fact the footage is even labeled and dated as “IRA FILM 1988” eliminates any doubt that they were trying to be evocative with the use of game footage. This is either a legitimate failure to tell the difference between a videogame and reality, or a purposeful fake to make the documentary more interesting.

If anything, I guess it’s a testament to how far games have come. You couldn’t confuse Balloon Fight with IRA footage … well … I bet the Daily Mail could.