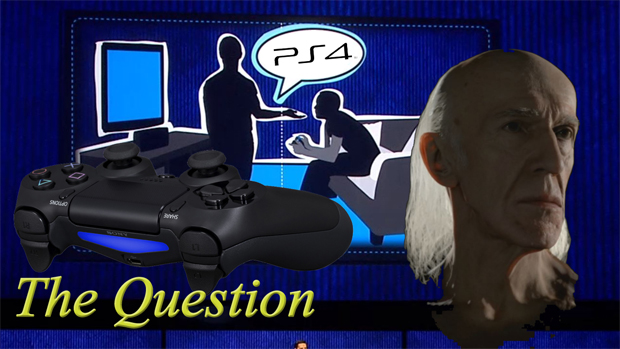 We answer The Question

[Every Monday, Destructoid will pose topical a question to the community. Answer it if you want!]

Now that the PlayStation 4 has been properly announced, it begs the question: Do you want to buy one?

Sony certainly seems to be aware of some of the things which held back the PlayStation 3. They are wisely making the move to an x86 architecture that no doubt has developers giddy with the prospect of no longer needing to design for the cell processor. They promise instant access to content with the touch of a button, no more waiting around for impatient gamers who just want to play, and an increased focus on social connectivity. And the controller, while not a massive leap in any direction, does appear to refine the Dual Shock in some positive ways while integrating elements of PlayStation Move and introducing a touchpad.

There’s some less good news too. Backwards compatibility will be software based, if at all, making it harder for consumers to trade up. Adding to that struggle is the uncertainty around what PSN content Sony is going to allow users to transfer to the new console via the cloud.

And then there’s what we don’t know, most notably the price. While it’s hard to imagine that Sony is keen on the idea of launching at a price point similar to that of the PlayStation 3, where the consoles set consumers back either five or six hundred dollars, it’s certainly not outside the realm of possibility.

So, right now, knowing what you do about PlayStation 4, does the prospect of buying one make you feel a stirring in the loins which can only be quenched by slapping down a pre-order? Are you holding out to see if Microsoft has a better offer? Or will you just say, “screw it all,” and roll back into bed?