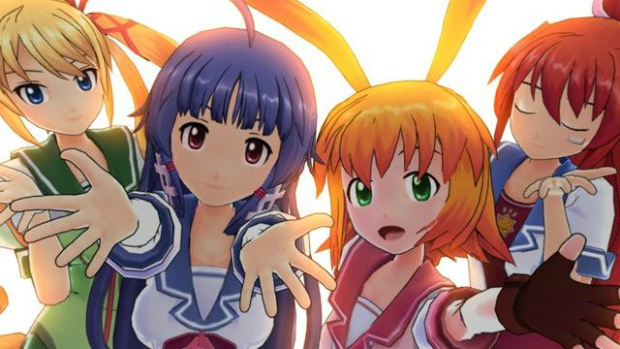 [Update: Well, you guys did it. A worldwide release is happening.gif! Inti Creates is looking for a publisher for the newest game, Gal Gun: Double Peace.]

It took me roughly 15 minutes to find a safe-for-work picture of Gal*Gun.

In case you aren’t familiar with the series, it involves a student who becomes irresistible to women for a day, allowing him to shoot NPCs with hearts in a rail fashion to find his true love, lest he be cursed with eternal loneliness (haha). The first game was released in 2011, a sequel launched this month on Vita and PS4 in Japan, and a character even had a cameo in Mighty Gunvolt.

Because of the recent surge of popularity, Inti Creates took to Twitter to ask if people want to see a localization. I mean, I’m sure this won’t be someone’s cup of tea, but the more localized games the merrier, I say.